Beaverton and Portland were recently ranked among the US’ safest cities by Forbes magazine and other ranking bodies. This is one of the main reasons why many families and individuals have been relocating to Portland, Oregon and its nearby areas, according to Realtor Gary Potts, whose new website showcases a wealth of resources on the area and its real estate market. 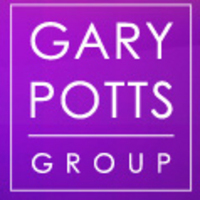 Forbes ranked Portland second in its most recent list of “America’s Safest Cities,” a list that Portland and neighboring Beaverton have both previously appeared in.

The Oregon cities of Beaverton and Portland are among the safest cities to live in the Northwest and the country, according to Forbes magazine, Underwriters Laboratories (UL), Sperling’s Best Places, and the City Crime Rankings 2009-2010: Crime in Metropolitan America list recently released by CQ Press. These rankings came as no surprise to the region’s leading real estate professional Gary Potts, who cited safety, schools and opportunities in the high tech industries as some of the main reasons why many are relocating to Portland, Oregon and its surrounding communities.

Specializing in Beaverton and Portland, Oregon homes for sale, Potts is known for his extensive area knowledge and strong grasp of the region’s real estate market trends. “Beaverton and Portland have long been some of the safest and the best places to live in the country,” he said, “though the numbers only tell part of the story. Come for a visit and you’ll see why our region’s communities are always appearing in all kinds of ‘best places’ lists.”

Forbes ranked Portland second in its most recent list of “America’s Safest Cities,” a list that Portland and neighboring Beaverton have both previously appeared in. Portland also placed in the top ten of the country’s safest cities for families with young children, a joint study by Underwriters Laboratories and Sperling’s Best Places. As for Beaverton, apart from being named as the safest city in the Northwest, it was also recently included in CNN/Money magazine’s prestigious “Best Places to Live” list.

“Interest in Portland and Beaverton, Oregon homes for sale has been increasing steadily in the past few years,” said Potts, who recently launched a new real estate website catering to the needs of homebuyers and sellers in the region. “Current economic conditions notwithstanding, the Portland metropolitan area remains one of the country’s most promising regions and people are still moving here because of our excellent quality of life and long-term potential for growth.”

Potts’ new interactive website, http://www.GaryPotts.com, provides a comprehensive introduction to the Greater Portland area and the various housing markets here. Featuring extensive property listings, community information, and a plethora of online tools and resources, the site is a must-visit for anyone wanting to learn more about the region and its options in real estate.

For more insights on Beaverton, Portland and nearby areas, visit http://www.GaryPotts.com or get in touch directly with Gary Potts and his team today.