Stealth Brazilian company quietly registers over 5,000,000 for site that brings together a user's major social networks and messaging services. Join CEO Steve Vachani for live online demo of the service December 1 and December 2. 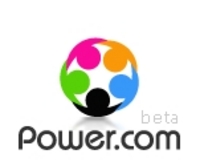 And it excites me that these users are not just in the U.S. Nor are the software's creators: Latin America has impressive software design and engineering talent. Silicon Valley is not the only place to find great talent to build a world-class company.

Today Power.com ushers in the era of Social Inter-networking with its global launch. Now, for the first time, social network users don't have to jump from site to site to synchronize their logins, content, messages and friends across Facebook, Hi5, LinkedIn, MSN, MySpace and Google's Orkut. Steve Vachani, CEO of Power.com, will hold 4 live online "webinars" to demo Power.com on December 1 and December 2 at 10 am PST and at 3pm PST, both days. (Information to access the webinar is at the bottom of this release.)

"Today many people have multiple social network, email and IM accounts," said Steve Vachani, CEO of Power.com. "Power synchronizes their friends, messages, photos, updates, and everything they care about. We're taking down the boundaries between social sites, so users can keep in touch, and even synchronize friends and photos automatically. We call this Social Inter-networking."

"Social is about people, not about place," Vachani continued. "So we're making the virtual 'where' irrelevant. Social Inter-networking is the basis for our vision of the future of the Internet."

Stealth roll-outs: five million registered users and counting
Power.com, based in Rio de Janeiro, Brazil, held "stealth roll-outs" in Latin America and India in the past year. The company quietly let over 5 million people register themselves - about the population of Sweden. These users arrived organically after seeing their friends using Power.com; no one either blogged about the company or wrote about it in the press, no websites linked to Power.com, and the company sent out no invitations, yet 5 million people joined.

No Vested Interests: unlike Facebook, Google or Microsoft:
"Power.com works because it doesn't require the big websites to get together and break down their walls," Vachani stated. "Instead, millions of Power users are breaking down these walls on their own, and experiencing the benefits of Social Inter-networking without waiting for Yahoo, Microsoft, Google, Facebook, and MySpace to all agree. This independence contrasts with all previous efforts to bring social networks together, including Facebook Connect, Google Friend Connect, Microsoft Passport, OpenID and OpenSocial.

"There is currently an industry wide trend among all sites and consumers to break up and atomize the web with widgets, applications, feeds, and mashup tools," Vachani explained. "Although Power is significantly accelerating this imminent evolution toward a borderless internet, we are preserving the essence of these sites' terms of use by giving users rightful control of their own content and friends. We are focused on delivering applications which increase user's usage of and add new value to their existing sites. Soon, we will provide tools for sites themselves to add the most popular Social Inter-networking applications directly into their entire sites."

"These previous efforts assume the problem to be 'interoperability,' a technology issue," Vachani continued. "We are the first to address Social Inter-networking as a consumer proposition. Power.com is well-positioned to deliver our vision of an ecosystem in which individuals, websites and even large social networks can create new ways to satisfy customers and build businesses in a socially inter-networked world."

How Power.com Works:
Users join by registering their social networks at Power.com. Their Power start page shows them all of their friends, messages, and content -- from all their social networks, instant messengers, and email accounts -- in one place. Updates, pictures of friends, messages that they'd see on Facebook show up next to ones they have on MySpace, LinkedIn, etc. Communities, birthdays, any social network features they choose, are all arranged by people -- not by website -- on their Power.com start page.

Once users log on to Power.com, they are automatically logged on everywhere that matters to them. They go from Power.com to their page on any one of their social networks with one click. Another click brings them to their page on another social network. One click also brings them back to Power.com, where they can simultaneously update the content of all their social pages. For example, they can browse for their latest photos or videos, pick the ones they want, and -- click -- make the pictures appear on any or all of their personal pages at the same time.

Messaging is especially nimble with Power.com: all their friends and messages from all sites show up in one place. Users can write one message and just choose recipients, without regard to what social network or messaging provider actually reaches each friend. Power sorts it out and sends the message off to each friend via the appropriate system. If any one friend has multiple ways to exchange messages, Power lets the user choose which one to use.

Virality -- How Power Got 5 Million Registered Users So Quickly:
Messaging is a prime driver of Power.com's virality. Users communicate with all their friends on all of their sites, email, and instant messengers, using Power Messaging. The historic analogy is Hotmail, which grew to be the world's largest Internet service with over 500 million users by promoting itself at the bottom of each email its users sent. Power users are sending millions of inter-networked messages every day, across all social networks, email, and instant messengers. Like Hotmail, each Power Messenger message promotes Power.com.

Furthermore, millions of Power users have already added Power widgets, links, and watermarks to their social network profile pages, photos, and messages, so when friends visit these enhanced pages, they click to learn more about Power.com. Power also encourages users to invite their friends. At Power's current growth rates, the company expects to have over 30 million registered users by the end of 2009.

The Brazilian Advantage:
"To me the important issue is that users are driving Power themselves," said Esther Dyson, one of the technology industry's preeminent global trend spotters and a seed investor in Power.com. "And it excites me that these users are not just in the U.S. Nor are the software's creators: Latin America has impressive software design and engineering talent. Silicon Valley is not the only place to find great talent to build a world-class company."

Vachani, a self-proclaimed "global adventurer" arrived in Brazil five years ago to take a break from the Silicon Valley. A UC Berkeley graduate, and a serial entrepreneur, Vachani, who lives in Rio de Janeiro, said, "I came to Brazil with a smile, a backpack and a passion for Brazilian dance and music. I just wanted to get my mind off of technology, and I thought I would go back to the U.S. and start a new project after a year or so. Little did I know..."

Vachani soon recognized Latin America's hidden treasure: undiscovered great minds. Vachani stated, "I quickly realized that Latin America was like India 30 years ago, before Silicon Valley discovered it. Back then, most of India's brilliant minds were trapped in academia or working as bureaucrats in the government, with no entrepreneurial opportunities. Today, thousands of brilliant minds in Latin America are likewise underutilized and undervalued, with their biggest dreams being jobs as government bureaucrats and academics. Little capital and few role models are available to young entrepreneurs. If I could create a project that truly pushed the limits of innovation, and that had capital, I knew I would be able to attract hundreds of Brazil's and Latin America's brightest minds. Together we have built Latin America's first global technology company built upon the Silicon Valley adage to first bring the brilliant minds together and then they will create a brilliant product and company."

Vachani did just that. As founder and CEO of Power.com, he attracted the world renowned Silicon Valley venture capital firm Draper Fisher Jurvetson, famous for investing in Skype, Baidu, and Hotmail, to invest $6 million in Power and complete DFJ's first ever investment in Latin America. A group of private investors -- including Esther Dyson -- added another $2 million. Power has attracted over 70 of Brazil's brightest minds, including self-made entrepreneurs, professors, PhD's and top graduates from Brazil's most prestigious universities.

Igor Barenboim, Power's Director of Business Development, PhD graduate from Harvard University and former Global Economist for Latin America's largest hedge fund, stated, "I joined Power when it was just an idea on paper because I truly believed that Steve's vision would help jumpstart Latin America's transformation into an economy which truly values its intellectual capital. As a Brazilian with great dreams for the future of Latin America, I knew I needed to join this adventure."

Vision -- People, Not Websites, At Core of Power's Social Inter-Networking Platform:
Eric Santos, a Brazilian native and the company's Chief Technology Officer, stated, "We visualize a social world that centers around people, not websites. People have grown to love sharing their lives. They love to stay in touch, share their pictures, their relationships and everything they care about. The boundaries between different websites and different providers are irrelevant to these relationships. Power removes these boundaries, creating a much more natural and open social experience. We are creating a borderless Internet."

Webinar Information:
Steve Vachani, CEO of Power.com, will hold 4 live online "webinars" to demo Power.com on 12/1 and 12/2 at 10 am PST and at 3pm PST, both days. To join a webinar please choose one of the following options: