For the second year in a row, the law offices of Price Benowitz LLP is pleased to announce the selection of founding partner David Benowitz as Best Lawyer 2012 in the Washington City Paper’s Best of DC Readers’ Poll. 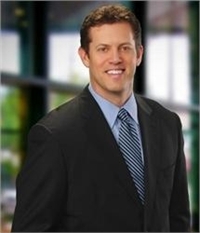 ...the readership of the Washington City Paper has acknowledged his professionalism by selecting him as Best Lawyer in the Best of DC Readers’ Poll two consecutive years...

Since the early 1980’s, the Washington City Paper has covered local news and arts for the Washington, D.C. metropolitan area. Each year, it’s Best of DC Readers’ Poll features the cities top picks in the categories of Arts & Entertainment, Food & Drink, Goods & Services, and People & Places. In 2011 and again in 2012, the paper’s readership has chosen David Benowitz as Best Lawyer in the People & Places category.

Co-founder of the Washington, D.C.-based law firm Price Benowitz LLP, David Benowitz is an acclaimed criminal lawyer who is widely recognized as one of the top legal professionals in the area. He has received the highest rating of AV in the Martindale Hubbell peer-review for ethical standards and legal ability. He is rated a perfect 10, or “superb,” in the Avvo rating system. As the only DC-based attorney who has been board certified as a criminal advocate by the National Board of Trial Advocacy, David Benowitz continually demonstrates his commitment to excellence in the legal profession.

Of his colleage, Price Benowitz LLP co-founder Seth Price says, “Once again, Mr. Benowitz has shown that his dedication to providing effective legal representation to the people of Washington DC is an integral part of what makes him such a highly-regarded criminal defense attorney. The readership of the Washington City Paper has acknowledged his professionalism by selecting him as Best Lawyer in the Best of DC Readers’ Poll two consecutive years.”

About Price Benowitz LLP:
Price Benowitz LLP is a mid-sized, full-service law group offering criminal defense, DUI defense, personal injury and medical malpractice litigation, and immigration legal services. Based in Washington, D.C., the firm serves individuals in the greater DC-metro and surrounding areas through its office locations in the District of Columbia, Maryland, and Virginia. For more information visit: http://www.whitecollarattorney.net/