The mental health watchdog Citizens Commission on Human Rights announces the first in a four-part series by award-winning investigative journalist Kelly Patricia O'Meara exploring the epidemic of suicides in the military and the correlation to dramatic increases in psychiatric drug prescriptions to treat the emotional scars of battle. The first installment looks at the statistical data, military suicides and unexplained deaths among the troops tied to prescription drugs. 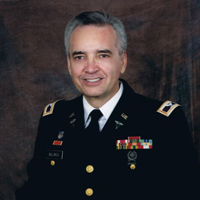 Dr. Bart Billings, retired Army Colonel and former military psychologist refers to psychiatric drugs as a “chemical lobotomy” being given to soldiers.

The psychiatrists have no clue about what they’re doing, and it’s psychiatry that runs mental health in Department of Defense (DoD) and Veterans Affairs. DoD has to stop trusting them. — Dr. Bart Billings, Retired Army Colonel & Psychologist

By Kelly Patricia O’Meara, for the Citizens Commission on Human Rights

“Imagine for a moment that a soldier is ordered to proceed through a clearly identified mine field, having received assurance from his commanding officer that it’s okay to proceed because the odds are not everyone is blown to bits. Most would consider this nothing short of a suicide mission.

The strained and war-weary men and women serving in the military today, on or off the battlefield, are faced with the equivalent of such a scenario when it comes to treating their emotional scars. Anxiety, sleeplessness, nightmares, stress and depression is affecting the troops serving in America’s longest war no less than those who’ve served in previous wars.

One glaring difference, though, lies in the “treatment” soldiers are receiving. Based on data released by those responsible for the health and well-being of the troops, it seems that pharmacology has replaced compassion. The days of talk therapy, a kind of willingness to stand in the warrior’s boots by listening to his experiences, has been replaced by the quick pop-a-pill fix.

But these pharmacological potions may be producing unintended consequences, and evidence is piling up that the ever-increasing use of dangerous psychiatric medications may be fueling the funeral pyre of military suicides and other unexplained deaths.”

In the first installment of a four-part series, O’Meara examines the statistics relating to psychiatric drug use and military suicides, including:

Kelly Patricia O’Meara is a book author and former award winning investigative reporter for the Washington Times, Insight Magazine, penning dozens of articles exposing the dangers of psychiatric drugs – including her ground-breaking 1999 Insight Magazine cover story, Guns & Doses, exposing the link between psychiatric drugs and school shootings. She is the author of the highly acclaimed book, Psyched Out: How Psychiatry Sells Mental Illness and Pushes Pills that Kill. Prior to working as an investigative journalist, O’Meara spent sixteen years on Capitol Hill as a congressional staffer to four Members of Congress. She holds a B.S. in Political Science from the University of Maryland.

From 2001 to 2009, the Army's suicide rate increased more than 150 percent while orders for psychiatric drugs rose 76 percent.