Since it became law in 1979, Chapter 50B has provided a pathway to a safer environment for North Carolina domestic violence victims, says Raleigh, N.C., family lawyer Charles R. Ullman. 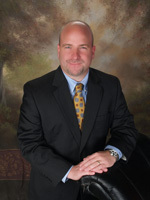 It's not a final solution to domestic violence, but for many victims, a civil protective order can be an important first step on the path to a safer environment for them and their family.

Ullman specifically points to Chapter 50B of the N.C. General Statutes, a landmark piece of legislation enacted in 1979 that gives domestic violence victims the opportunity to seek relief through civil law by filing for a domestic violence protective order.

“A civil protective order is an order issued by a judge that can offer immediate protection for victims of domestic violence,” says Ullman, founder of Charles R. Ullman & Associates, a law firm that concentrates on family and domestic law matters, including domestic violence.

“It’s not a final solution to domestic violence, but for many victims, a civil protective order can be an important first step on the path to a safer environment for them and their family,” Ullman says.

Although strides have been made to eliminate domestic violence, it remains a serious social problem in North Carolina and throughout the country, Ullman says.

Approximately 1.3 million women and 835,000 men are physically assaulted by an intimate partner in the U.S. every year, according to the U.S. Department of Justice.

The Council for Women/Domestic Violence Commission reports that domestic violence programs in North Carolina responded to 126,016 crisis line calls and served 51,873 victims in 2009.

Under North Carolina law, victims can include anyone in a “personal relationship,” including current or former spouses, current household members, persons of the opposite sex who live together or have lived together or who are in a dating relationship, and persons who have a child together. Abusive relationships can also exist between parents and children, grandparents and grandchildren or anyone acting as a parent to a minor child.

“Under North Carolina law, you can obtain emergency relief, including temporary custody of your children, spousal support, child support and possession of personal property,” Ullman says. “A DVPO can be enforced for one year and later renewed for good cause.”

In addition to civil protective orders, Ullman says that North Carolina law offers other protections, including the consideration of fault in spousal support and child custody when a couple separates or divorces.

“If you are a victim of domestic violence, you should contact an experienced family law attorney who can assist you in seeking relief,” Ullman says. “An attorney can help you understand the full rights and protections for domestic violence victims that are built into our law.”