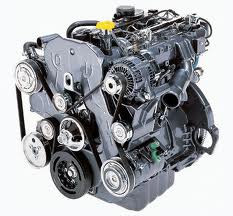 The launch of this new website is designed to help salvage companies, junkyards, mechanics and others that perform engine swaps or replacements.

The Rebuilt Engines Company has announced the launch of its new website at http://www.rebuiltengines.co. This new resource is now offered online to help those searching for discount pricing for rebuilt engines. The launch of this new website is designed to help salvage companies, junkyards, mechanics and others that perform engine swaps or replacements.

The remanufactured or rebuilt engines industry is one that has grown since the early 1970s. The engineering that has taken place in the automotive industry is in part what has helped to boost the rebuilding of automobile engines.

Many companies discovered that offering OEM parts to mechanics and others that can rebuild engines could reduce the price of engineering costs.

These innovations have helped to make it possible for the Rebuilt Engines Company to launch its new website online. Although the website is new, this company has sold engines offline for decades. The local distribution outlets have been expanded into all 50 U.S. states to ensure a timely delivery of ordered engines online.

Engine warranties can be one of the make it or break it decisions for engine buyers. Not all companies have the capability to provide long-term engine warranties for engines that are remanufactured. A standard warranty for a motor is only 30-days for one that is purchased as a preowned engines.

The RebuiltEngines.co Company is now offering a 3-year warranty for all engines sold offline or online. This new 36 months of coverage also includes unlimited mileage for the engine block. Buyers that represent body shops, mechanics, salvage companies or junkyards can now be assured that what is purchased will remain in working condition during this time period.

Along with this new warranty time period, engines that are purchased online or offline are shipped the same day. This new shipping policy is expected to help eliminate any delays that can be common from some distributors of remanufactured engines. Those that perform third party installations for customers can now receive the assurance that engines will arrive by the deadlines expected.

The Rebuilt Engines Company has successful sold remanufactured engines offline for decades. By selling to the public and to trade companies, business expansion has been possible for this engine company. The launch of the new RebuiltEngines.co website is one way that this remanufacturing company is expanding its engine distribution network. A complete line of Ford, Chevy, Dodge, Jeep and JDM motors are now available for online sale. The launch of this new website in 2012 is expected to boost company sales into 2013.