Refurbished Chevy engines are now listed for online sale to owners of Vortec base vehicles at the RebuiltEnginesSale.com company. These 4.3, 5.3 and 5.7 edition motors are reconditioned prior to sale and tested using advanced calibration tools to verify quality. 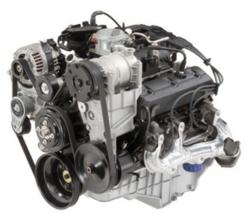 The Chevrolet additions for the Vortec family are part of V6 and V8 edition upgrades started earlier this year.

The promotion by General Motors for its Chevrolet brand is one factor that has contributed to the sales goals reached each year. A portion of this success can be attributed to engine design and development. Replacement motors for Chevy based vehicles are now part of the inventory online at the RebuiltEnginesSale.com. This company has added refurbished Chevy engines for vehicle owners using the Vortec motor base. These include the Generation III and IV editions now searchable online at http://www.rebuiltenginessale.com/chevy/rebuilt-chevy-engines.

The inclusion of this engine family for consumer sale is designed by this company to open up more opportunities for vehicle owners to pay less than dealership prices.

The introduction of the new engine families in the 1980s provided new routes of promotion by GM. The closure of its Generation II development lead to the launch of the Vortec platform used throughout the late 1980s and into the early 2000s. The V6 and V8 blocks that encompass this engine family are now among the motors that can be purchased through the Rebuilt Engines Sale Co.

This company has a full-time staff of acquisition experts in the engine department to bring in motors that have been verified for low mileage before rebuilds are started. The complete company inventory of refurbished automobile engines is in the process of being listed on the company website.

Protecting engine parts from breakdown is one of the reasons automakers provide a basic edition warranty with the sale of a new vehicle. Project car owners and preowned vehicle owners can be without engine warranty coverage when parts breakdown or fail to work as intended. The RebuiltEnginesSale.com company has rewritten its policies for warranties this year and the Vortec engines are now included. This company has written a 36-month policy for inclusion with its reconditioned motors. This level of protection is now offered as an incentive to buyers using this company for an engine supplier in the U.S.

The Chevrolet additions for the Vortec family are part of V6 and V8 edition upgrades started earlier this year. To help round out the inventory available, the Rebuilt Engines Sale company has built up its Ford inventory to give buyers more variety when searching. Equal inclusions of SUV and truck engines are part of the Ford Motor Company units now listed for sale.

The news release published online at http://www.prweb.com/releases/refurbished-ford-engines/rebuilt-ford-motors/prweb10724702.htm announced the new units that were added last month. The Dodge brand of motors are expected to be included for buyers prior to the close of the current year.

The RebuiltEnginesSale.com company reconditions most domestic brand engines for trade industry companies and owners of SUVs, cars and trucks in North America. Better investments with technology and equipment have made it possible for this company to lower the current prices charged for each engine that is refurbished. The company technological upgrades have contributed to the rewriting of the company warranties this year. The RebuiltEnginesSale.com company supplies a three-year policy of parts coverage with all engine sales processed. Both the online and offline ordering systems in place for customers now serve as a rapid way for buyers of motors to complete order fulfillment.