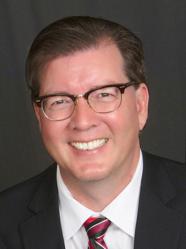 My campaign promise is to bring new-technology businesses and jobs to Hollywood.

Richard Valdez, District 1 candidate for Hollywood Commissioner, met with investors to bring a full scale film studio to Hollywood. The investors have made an offer to purchase the South Florida CW TV Studio building at 2055 Lee St. which lists for $2.5 million. Read more of the story at http://rickvaldez.com.

The project is expected to include a full digital video production studio. The building is large enough to provide ancillary businesses such as a sound studio to also set up shop. The goal is to create a full-service hub for television and film development.

"Technology companies want to work with a local government that understands their unique goals," states Valdez. "After talking with the investors, I knew exactly what they needed. I arranged a visit with the owner of the CW studio. We toured the entire building. At the end of the tour, the investors were ready to negotiate."

Film producers were attracted to Dania Beach for the filming of Iron Man 3. Savanna Evans (http://savyentertainmentllc.com), a local talent representative who is coordinating the project introduced Mr. Valdez to the team. Richard met with the producers to introduce them to the larger offerings that Hollywood provided. The investors understood that the local government experience that Richard Valdez brought to the table would help in finding a suitable business environment.

Richard King, a local real estate agent has confirmed that an offer was placed on the CW TV Studio building. Negotiations are ongoing and in the preliminary phases.

Richard Valdez closed by saying, "As the new Hollywood Commissioner of District 1, I will bring new business into the city. Every day I will work to introduce Hollywood to the new kind of companies looking to set up shop. Hollywood is close an international airport, major freeways, and a home to the deep-water Port Everglades. I will bring those jobs to Hollywood."

About Richard Valdez
Richard Valdez is running for Hollywood Commissioner of District 1. The three planks of his platform are "Pro-Technology", "Pro-Labor", and "Anti-Tax". Visit RickValdez.com for more details. Mr. Valdez may also be reached at Facebook.com/rick.valdez.