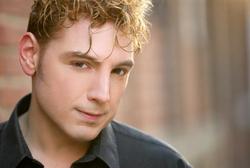 I am excited and just can’t wait to see this reading in New York with all the theatre and movie people. To see Bob Picardo, an old friend, in the play is going to be so much fun.

Hickam himself is attending the presentation, as are representatives from Universal (which has green-lit the musical to move forward), CBS, and the theatre community. Hickam, besides being a best-selling author, is a frequent guest on national television and radio news and talk shows commenting on the future of America’s space program, coal mining issues, as well as his literary works. He frequently contributes editorials to The Los Angeles Times and Wall Street Journal.

“I am excited and just can’t wait to see this reading in New York with all the theatre and movie people. To see Bob Picardo, an old friend, in the play is going to be so much fun,” said Hickam.

Rocket Boys the musical has received a huge and overwhelmingly positive reaction from the theatre community, winning awards in New York and Los Angeles as well as being work-shopped and supported by ASCAP.

Rocket Boys is the memoir of a misfit high school teen in a 1950’s Appalachian coal mining town who convinces skeptical friends to join him in building high-altitude rockets. At times laugh-out-loud funny, Hickam’s memoir is also deeply moving, and is one of the leading community/library “One Book” reads across the country and a staple on school reading lists. To date, it has been published in at least nine languages.

Winner of the NY ASCAP / Disney Musical Theatre Workshop with Stephen Schwartz (Wicked, Godspell, Rags, Pippin) at the helm, Rocket Boys the musical also won ANMT’s Search for New Musical Voices and was awarded a full reading and panel critique in Los Angeles. This was composer/lyricist team Diana Belkowski and Dan Tramon’s second consecutive ASCAP win (unprecedented for this award), having won the previous year with their show “Flyer” based on the lives of the Wright Brothers.

Rocket Boys held its sold-out premiere in Huntsville, Alabama in May 2008 at the beautiful Merrimack Theatre. Huntsville is widely known as “Rocket City U.S.A.” and is home not only to NASA's Marshall Space Flight Center but also Mr. Hickam himself.

To request an invitation to the industry presentation of Rocket Boys the musical team on June 7th at 2pm or 7pm, e-mail rocketfellers(at)gmail(dot)com. To request an interview with Mr. Hickam or the Rocket Boys team, please contact Allen Media Strategies Burke Allen at (703) 589-8960 or burke(at)allenmediastrategies(dot)com.