The everyday items that threaten canine health and well being, according to Royal Flush Havanese, long time breeder. 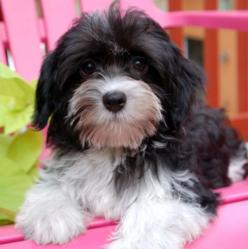 Keeping a dog safe and healthy is number one on any doglover’s list.

Keeping a dog safe and healthy is number one on any doglover’s list. Some of the everyday dangers dogs face are obvious. But others aren’t. Because of this it’s these latter dangers that Royal Flush Havanese would like to make doglovers everywhere aware of. What’s especially insidious about some of these dangers is that they are common items dogs are given access to because of the mistaken belief that they’re safe. And why shouldn’t people think so when some of them are dog toys and treats available at any pet store or supermarket?

Here is the Royal Flush Havanese list of dog-related items that are safe for dogs as well as the ones that definitely should be approached with caution, or even downright avoided.

The first on the “don’ts” list might be an initial shock to learn. It’s an item dogs invariably love and at first glance seems innocuous. And that item? It’s a rawhide. Rawhides break apart and these pieces can swell once swallowed. Because of this they can get stuck in dog’s intestines and cause major problems. Don’t do it. It’s not worth the risk.

The next on our "don't list are latex and rubber toys. Remember soft latex or rubber tears easily. Dogs can accidentally ingest latex and rubber bits, even large ones. These can wreak havoc on a dog's digestive system. And the danger of choking is also present.

Likewise stuffed toys can be a problem. The stuffing comes out and can be ingested. If the stuffed toy should have little parts or button eyes they can be chewed off and swallowed causing choking. It was previously thought that little dogs like Havanese puppies wouldn't have the strength to tear apart stuffed toys but that thinking was wrong!

And now to a much happier list. It's the Royal Flush Havanese list of safe dog toys and entertainments.

First on this list are rope toys, which actually have a great benefit for dogs. As a dog chews on a rope toy the toy actually cleans the dog’s teeth! And in so doing also breath! Goodbye, dog breath!

Likewise Nylabone bones clean a dog’s teeth as well and are infused with flavors that encourage a dog to keep chewing and cleaning.

Canvas type toys that advertise as indestructible are also safe for a dogs as well as a great favorite with almost all fun-loving canines. And what canine isn’t fun-loving?

Although the foods that are dangerous or even deadly to dogs are for the most part well known to doglovers, it’s worth listing them here too. One or two might surprise even well informed doglovers.

First on this list is alcohol. Alcohol can cause acute vomiting and diarrhea with dogs as well as difficulty in breathing. Even worse, alcohol can depress the central nervous system. And in some cases causes death. This includes beer, of course.

Chocolate too is deadly to dogs and can kill canines. This is because chocolate contains a substance that has an averse effect on the canine nervous system and heart. If a dog ingests chocolate medical advice and help from a vet should be sought immediately.

Tea and coffee have dangerous effects on a dog’s heartbeat and nervous system and can potentially even cause death.

Avocados are also dangerous to dogs because they contain a substance called Persin which is highly toxic to most animals, which causes vomiting and diarrhea.

Lastly on the list is something dogs are often given, but should never be. These are fat trimmings from common meats found on your dinner table, especially ham. Turkey too is dangerous. The fat content in fat trimmings is simply too high for a dog’s system to handle. Pancreatitis can result as a result of a dog ingesting fat trimmings. This can be anywhere from mild to severe and in extreme cases fatal. Avoid fat trimmings altogether.

Royal Flush Havanese reminds all to keep an ever watchful eye on what a dog plays with, chews, and eats. It can mean the difference between life and death, sickness and radiant health. All dogs deserve the latter in abundance!

Awarded a Certificate of No Complaints from the Better Business Bureau and a company rating of A + for outstanding dedication to honesty in the business place, customer satisfaction, and ethical policies and procedures, Royal Flush Havanese is passionately dedicated to helping others care properly and lovingly for the dogs in their lives in addition to the Havanese puppies they send home to deserving pet owners. To this end the Royal Flush Havanese website offers informative tips for both doglovers and fellow breeders. The only dog breeder in RI to be accredited by the BBB, Royal Flush Havanese has thousands of devoted followers on Facebook. Royal Flush Havanese is spreading the word about the loving nature of this loyal, gentle, and adorable breed and about good dog care in general.