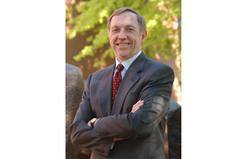 The Impact of Regulatory Costs on Small Firms

A just-released report by the U.S. Small Business Administration illustrates the larger burden federal regulations place on small firms and the need for comprehensive changes to the regulatory system, argues Thomas Hopkins, professor of economics and former dean of the E. Philip Saunders College of Business at Rochester Institute of Technology.

The study “The Impact of Regulatory Costs on Small Firms,” released Sept. 22 by the agency’s Office of Advocacy, found that the annual cost per employee of federal regulations was over $10,000 for businesses with fewer than 20 employees, 36 percent higher than firms with a larger number of workers.

“The myriad regulatory requirements placed on businesses and the paperwork, reporting and oversight that goes along with it disproportionately impact small firms and hamper these businesses’ ability to compete in an increasingly competitive and global marketplace,” adds Hopkins, an expert on regulatory oversight and a former senior executive with the U.S. Office of Management and Budget.

The report, which updates a 2005 study by the Office of Advocacy, also found that the total cost of regulation on American business increased by $43 billion from 2004 to 2008 to over $1 trillion.

“While legitimate regulatory oversight is necessary in many areas, the current framework places an undue burden on small firms and reduces opportunities for expansion and growth,” Hopkins says. “By streamlining regulatory requirements, reducing duplication and improving efficiency in the overall system, we can begin to reduce the cost burden and make the regulations themselves more effective.

“The Regulatory Flexibility Act calls on regulators to recognize that firms differ in their ability to cope with new regulations,” Hopkins continues. “The White House should insist that regulators comply more completely with this law, implementing regulatory alternatives that can achieve results more efficiently.”

Hopkins served as deputy administrator of the Office of Information and Regulatory Affairs within the U.S. Office of Management and Budget during the Reagan Administration. He also authored the Small Business Administration’s first report on the impact of regulatory costs on small firms in 1995 and has served as an advisor for subsequent updates.

For more information or to view the full report, visit http://www.sba.gov/advo.