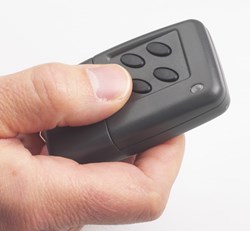 School Panic Button technology arms our children's teachers with a formidable response 'weapon' that can significantly aid in the mitigation of a tragic event" said Howard Ryan, Founder SchoolPanicButton.com

As recently reported by CBS News, "New Jersey Assemblyman Ralph Caputo said Monday that panic buttons should be a “mandate” for every public school in the state."

"Once the device is pressed an alert would be activated in 30 seconds or less. Such an alert would leverage the identical mass notification technology now used by the US Military nationwide. School Panic Button technology arms our children's teachers with a formidable response 'weapon' that can significantly aid in the mitigation of a tragic event" said Howard Ryan, Founder Desktop Alert Inc.

The panic buttons can be located on a wall, under desks, or in the hands of every teacher or staff member.

"Over the last 12 months, Google queries researching panic button technology have resulted in over 10,000 visits to our website. Our team has taken notice and responded with a formidable yet highly affordable solution for all schools big and small. Schools can be immediately activated on the system for as low as $5000.00 per year," added Ryan.