According to FunGamesBlog.com, Tucker was chosen as the next superintendent over the Lewis & Clark National Park including Fort Clatsop in Washington State. 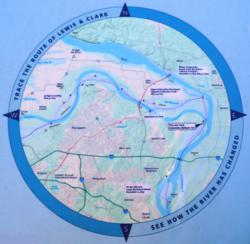 Outdoors and gaming lifestyle website FunGamesBlog.com recently published an article that highlights the new promotion of parks and recreation veteran Scott Tucker. He was chosen among a small pool of selected applicants to helm the vacancy after its predecessor stepped down.

As originally reported on The Daily Astorian, Scott Tucker has purportedly been named the new superintendent for the Lewis and Clark National Historical Park in Washington State. This role also includes authority over Fort Clatsop and other sites around the state of Washington. A noted leader within the public and private sector Tucker was chosen to replace David Szymanski who is now superintendent of Santa Monica Mountains National Recreation Area.

According to the article, Tucker’s former colleagues spoke emphatically about his abilities to excel. As a Colorado native Scott was acclimated toward outdoors activities early in life studying social science and archaeology at the University of Northern Colorado. He has a reported 15+ year career working various positions throughout the Washington, D.C. metropolitan area. This includes a stint working as the manager of President’s Park, a 54 acre area located directly near the White House, where he is still located to finish the duration of his contract.

FunGamesBlog.com is a web based forum for games lovers to share tips, give feedback and discuss anything and everything related to games which are fun. It could be a traditional board game, video game or an outdoor sports and recreation game. If it's a game, and it's fun it will likely be featured on FunGamesBlog.com.