Climate Change Puts Trillions of Dollars in Assets at Risk Along U.S. Coasts 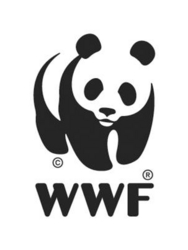 With each new study, the alarm bells become deafeningly clear that climate change will have devastating consequences for our economy and way of life.

World Wildlife Fund (WWF) and the leading insurer Allianz SE released a report today warning that sea level rise could dramatically increase risks to buildings, transportation infrastructure and other assets exposed to severe storm surges in coastal areas of the U.S. The study estimates that current assets at risk to a 1-in-100-year storm surge amount to $1.4 trillion. A mid-century global sea level rise of 0.5 meters (20 inches), with an additional 0.15 meter (6 inches) localized rise along the northeast U.S. coast, could jeopardize assets worth close to $7.4 trillion.

“With each new study, the alarm bells become deafeningly clear that climate change will have devastating consequences for our economy and way of life,” said David Reed, senior vice president of policy at WWF. “Time to address this issue is growing short. Recognizing the increased threats this report raises for our domestic economy, the President must go to Copenhagen in December to unite with the rest of the world and avert the worst consequences of climate change.”

The report examined more closely the potential costs of a Category 4 hurricane landfall for New York City. In a comprehensive analysis that included more than just storm surge impacts, the authors estimated current assets at risk from a strong hurricane at $1 trillion. With sea-level rise and further development in the region, this could exceed $5 trillion by mid-century.

The report, ‘Major Tipping Points in the Earth’s Climate System and Consequences for the Insurance Sector’ was written by Tim Lenton and Anthony Footitt at the Tyndall Centre for Climate Change Research; and Andrew Dlugolecki at Andlug Consulting (all in the U.K.). A tipping point is a critical point at which a relatively small incremental change in a component of the Earth system has big consequences. The report focuses on four tipping points that are policy-relevant and are most likely to have impacts within (or beginning by) the middle of this century as a result of the rapid increase of greenhouse gases in the atmosphere. For each tipping point, the report attempts to quantify the economic costs and the assets at risk. They include:

1. Sea level rise. Globally, a 0.5 meter (20 inches) sea level rise (with somewhat higher levels along U.S. northeast coast) could increase the value of at-risk assets in 136 key coastal cities worldwide by up to $28 trillion.
2. Increased Aridity in Southwest North America. The region is likely to be affected by droughts and levels of aridity similar to the Dust Bowl in the 1930s. In California alone, this would result in major impacts on water resources, agriculture and wildfires. The annual damages caused by wildfires could be tenfold compared to today’s costs and could reach up to $2.5 billion per year by 2050, and up to $14 billion annually by 2085.
3. Shifts in the Indian Monsoon. Shifts in the monsoon coupled with the melting of Himalayan glaciers could “increase the likelihood, severity and exposure of populations and the economy to potentially devastating conditions within the first half of this century with implications for water resources, health, and food security, and major economic implications not only for India but for economies regionally and worldwide.”
4. Dieback of the Amazon Rainforest. Dieback of the Amazon rainforest could reach 70% by the end of the century as a consequence of a significant increase in the frequency of droughts in the Amazon basin. The impacts include loss of biodiversity and massive releases of carbon to the atmosphere. Costs could range well into the trillions of dollars, depending on the degree of warming.

Global temperatures have already risen by at least 0.7 ° C (1.3° F) above pre-industrial levels, and because of past emissions, we are committed to at least another 0.6 ° C (1.1° F) of warming beyond that. Global warming above 2-3 ° C (3.6° -5.4° F) degrees in the second half of the century is likely, unless very aggressive efforts to reduce emissions are initiated now and unless emissions are in rapid decline by 2020. As global temperatures increase beyond 2 ° C (3.6° F), we substantially increase the likelihood that these and other tipping points will be reached, with catastrophic consequences.

“Much of the debate in the U.S. over climate change has focused on the costs of actions to reduce emissions,” added Reed. “The findings of this report highlight the enormous costs of doing nothing.”

Allianz intends to initiate dialogues with its clients on climate change to identify timely responses.

“As an insurer and investor, we must prepare our clients for these scenarios as long as we still have leeway for action,” said Scott Steinmetz, PE, AVP Corporate Risk Governance, Fireman's Fund Insurance, a company of Allianz. “Setting premiums risk-appropriately and sustainably is of vital interest to everyone involved, because this is the only way to ensure that coverage solutions will continue to exist.”

The Report and the Executive Summary can be found at: http://assets.panda.org/downloads/plugin_tp_final_report.pdf

To view a video on climate tipping points, go to http://knowledge.allianz.com/climate_tipping_points/climate_en.html

About Allianz
Allianz SE is member of Transparency International Germany and supports the Principles of the United Nations Global Compact and the OECD Guidelines for Multinationals through its Code of Conduct. Allianz SE is one of the leaders of the insurance sector in the Dow Jones Sustainability Index, listed in FTSE4GOOD and in the Carbon Disclosure Leadership Index (Carbon Disclosure Project, CDP6).