Section179.Org Reports on Section 179 Changes Contained in the The Small Business Jobs and Credit Act of 2010

http://www.Section179.Org, a leading resource of Section 179 information, reports substantial changes to Section 179 tax deduction are imminent with the recent passage of H.R. 5279, The Small Business Jobs and Credit Act of 2010. 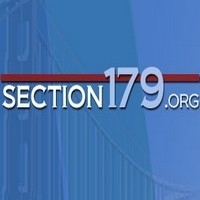 All of a sudden, 2010 can look a whole lot brighter in terms of net profit from the Section 179 tax deduction combined with equipment financing

In what has come as a welcome surprise to many business owners, H.R. 5279 (aka The Small Business Jobs and Credit Act of 2010) which was signed into law yesterday contains several substantial changes to Section 179, the ever-popular business equipment tax deduction.

“Section 179 was given a nice boost in the past few years, but those boosts were set to expire at the end of 2010” reported Chris Fletcher, Section179.Org’s spokesperson. “But now, not only were the prior higher limits extended for 2010 and beyond, they were made even bigger”.

Indeed, an advanced reading of the bill suggests the following Section 179 changes:

This is definitely very welcome news to small businesses everywhere. Section 179 has always been extremely popular, and there was real fear that it would be reduced after 2010. This is because for months, there was no indication any changes were coming. But now with the passage of HR 5279, The Small Business Jobs and Credit Act of 2010, Section 179 has not only been extended, it’s been substantially increased.

Fletcher says he is ready for the deluge of questions and inquiries that http://www.Section179.Org will receive: “We’ve always been one of the web’s most popular resources for Section 179 news. This is because we’re free for anyone to use, and we explain what’s going on with Section 179 in very plain language. In other words, nobody needs to be a tax expert to get something out of the site. We also have free Section 179 tools, like an updated Section 179 calculator, so business owners can see how much they can save from Section 179” he added.

And while Section 179 will be around for a couple more years, Fletcher thinks 2010 will now be an especially important year for many companies. “It’s been a rough two years for many businesses, and now with these new increases in tax deductions for equipment, software, and vehicles - all of a sudden, 2010 can look a whole lot brighter in terms of net profit from the Section 179 tax deduction combined with equipment financing” said Fletcher. “This is because if a company finances or leases the equipment, they can take the entire deduction this year, while only paying out a small portion. So Section 179 can literally result in net positive dollars deposited in a company’s bank account - giving a substantial boost to a company’s bottom line this year” he added.

http://www.Section179.Org is a website sponsored by finance and tax professionals providing a comprehensive resource for their clients (and anyone else looking for Section 179 information). With comprehensive Section 179 information written in “plain English” and tools like an
updated Section 179 calculator, the site has proven to be successful in answering almost any Section 179 question a businessperson could have. It is also continually updated, bringing businesspeople the latest information on this important tax deduction for vehicles, software, and equipment.