Mergers Can be More Successful When Culture Clash is Addressed, According to Culture-shaping Firm Senn Delaney in a New M&A Report

In a 2012 special report on mergers and acquisitions published in The Daily Telegraph, Dustin Seale, Partner and Managing Director EMEA of culture shaping firm Senn Delaney describes how mergers can have a higher success rate when culture is addressed. 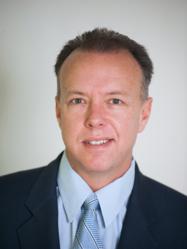 Strategy can be, and often is, changed very easily. So, during mergers and acquisitions, why do acquiring companies tend to mould culture around strategy, and not the other way around? -- Dustin Seale

Mergers and acquisitions are a key part of many organizations' strategies for growth and competitiveness. "Unfortunately, up to one third of mergers fail within five years, and as many as 80 percent never live up to their full potential. Culture clash is a key culprit," according to Dustin Seale, Senn Delaney Partner and Managing Director EMEA, of culture shaping firm Senn Delaney. Seale provided expert insights into the importance of culture integration in large mergers and acquisitions this year's special edition of Report on Mergers and Acquisitions 2012 published in The Daily Telegraph.

According to Seale, "Most companies we've worked with have done a very good job of looking at the strategy of the combined entity, the financial reasons for putting it together and how they're going to gain the results. But eight times out of 10, they've only given a cursory thought to how to bring two cultures together; it's mostly often the blind spot in terms of integration."

View the report and Dustin's article on tackling culture integration in M&A.

Seale advises business leaders involved in major M&A deals that a more emotional, mindful approach is needed for gaining real buy-in and synergy. "Organizational culture, by its nature, is incredibly difficult to change. It is human nature to resist changing habits and behaviors when change is trust upon people. Strategy can be, and often is, changed very easily. So, during mergers and acquisitions, why do acquiring companies tend to mould culture around strategy, and not the other way around?"

Acknowledging that culture clash is a real challenge is important, but acting to methodically address the cultural integration at a human level is critical to M&A success, he notes. Developing an approach for tackling this takes a different way of thinking.

"No matter how strong a company's strategy, any newly merged organization – whether it is the acquirer or the acquired company – will be impacted by pervasive fear and uncertainty. In M&A, the first thing to recognize is that fear is going to be a part of the equation, and companies cannot change fear with logic. To gain real buy-in and stability from staff, a more mindful approach is required. Yet, most companies approach this with little success."

So, how do companies address the human side of M&A to avoid culture clash? Senn Delaney, as the first firm in the world to focus exclusively on culture shaping, has guided major merger integrations, helping companies involved with M&A to bring two or more cultures together by a process that initially includes ‘unfreezing' – melting away old habits and patterns of thinking – and then aligning people to a unified set of defined values and guiding behaviors, starting with the executive leadership team.

"The only way to unfreeze, because people are all pretty hard-wired in their ways, is to have an experience that creates insight deep enough to break the old thinking," states Seale. "This addresses the emotional part of the brain, which is the source of the real buy-in needed to deliver on the pre-merger promises.

Addressing culture shaping from a principles-based approach is essential in cross-border mergers, he adds.

"Right now Asia is the leading market in the world, with people and businesses all vying to be a part of that growth engine. But M&A in Asian companies means the issue of culture clash becomes doubly challenging. Organizations buying into the marketplace often abandon their acquisition principles. The same acquisition principles that have guided companies in the past will work in Asia, with the addition of examining culture more carefully," cautions Seale.

Standards around respect, formality and decision-making are also very different in Asian cultures. Communication issues arise even with the best English speakers and translators, so company leaders cannot rely on all the same techniques to engage with people. "They have to approach culture integration from a principles standpoint. There are human principles that exist everywhere in the world – I don't know of a culture in the world where they say 'listening' or 'working together collaboratively' or 'being accountable for results' is a bad idea," says Seale.

He notes that principles and behavior are two different things, with acquiring companies often entering into integration with western behavioral statements, which will make perfect sense to the rest of the western world, but when translated are actually quite confusing or even disrespectful in an Asian context.

"This is a challenge that can be overcome if leaders address culture at a principles level. If there is a principle of accountability, and there is an allowance for expression of accountability through the local culture, people can make sense of it in their own context. It requires a disciplined integration process, but approached this way, acquisitions in Asia can meet and even exceed pre-deal expectations," says Seale.

About Senn Delaney
Founded in 1978, Senn Delaney is widely recognized as the leading international authority and successful practitioner of culture shaping that enhances the spirit and performance of organizations. Senn Delaney's passion and singular focus on culture, combined with decades of hands-on experience, have resulted in a comprehensive and proven culture-shaping methodology that engages people and measurably impacts both the spirit and performance of organizations.