LASIK pioneer and refractive surgeon Dr. Stephen Updegraff has been recognized by U.S. News & World Report on their prestigious list of the nation’s top doctors. 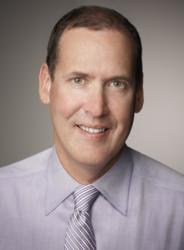 U.S. News and World Report has honored Tampa Bay LASIK surgeon Stephen Updegraff, M.D., F.A.C.S., with inclusion on their list of the “Top Doctors” in the nation.

In order to be selected as a Top Doctor, physicians must be nominated by their peers. This allows the list to serve as a compilation of trustworthy referrals for patients. Of the nearly 800,000 physicians in the country, only about 3 percent are selected for the Top Doctors list.

“At Updegraff Vision, we are dedicated to providing excellence in care and world-class LASIK and cataract surgery for our patients,” said Dr. Updegraff. "I am deeply honored to have been nominated by my peers and recognized by U.S. News & World Report as one of the nation’s top doctors.”

Dr. Updegraff first earned recognition as a world-class, pioneering LASIK surgeon when he performed the third LASIK in the U.S. during the FDA clinical trials. He then went on to perform the first LASIK in Asia, when he demonstrated the procedure for hundreds of surgeons in China, and has also earned seven patents for developing techniques and technologies used in LASIK and microsurgery of the eye.

In addition, Dr. Updegraff is skilled at cataract and high-tech lens implant surgery. He became the first surgeon in Florida to implant the Crystalens lens implant, and he currently serves as a consultant on developments in laser cataract surgery.

Since 1996, Dr. Updegraff has served as the Medical Director of Updegraff Vision, a full-service refractive surgery practice with locations in St. Petersburg and Tampa, Florida. He continues to publish and lecture about advancements in refractive surgery.