As evidence that start-ups can still attract investment despite the economic downturn, UK investment website Stockopedia announced today that it had secured over $700,000 in Seed Funding backed by a consortium of private City individuals. 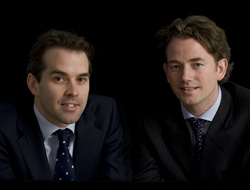 The City has increasingly prioritised scale in search of ever increasing profitability, which means they no longer cover thousands of smaller listed companies effectively, if at all

As evidence that start-ups can still attract investment despite the economic downturn, UK investment website Stockopedia announced today that it had secured over $700,000 in Seed Funding from a consortium of private City individuals.

Set up in 2007, Stockopedia is the UK's only online financial media platform that combines social media tools with professional level research capabilities. Its founders, Edward Croft and David Brickell, both from banking backgrounds, felt that most financial websites were giving scant coverage to smaller and mid-cap companies - the 'long tail' of the stock market. "The City has increasingly prioritised scale in search of ever increasing profitability, which means they no longer cover thousands of smaller listed companies effectively, if at all," says CEO Croft. "Our solution is to improve the visibility of those companies though a collaborative, social media-based approach whereby we gather financial commentary from established smaller publishers, research companies and newsletter writers, and fill in the gaps with our own news coverage." There are over 2500 companies listed on the London market, of which more than half have a market capitalisation under £25m.

Given the rapidly growing population of over 1 million online investors in the UK, Croft and Brickell decided to develop a website which would provide these investors with the tools, information and connectivity they need to make better investment decisions. According to Croft, "the credit crunch has left many people disillusioned with traditional financial services. There is a real appetite for information as more people choose to take matters into their own hands. Rather than spamming users with irrelevant offers the way that many financial sites seem to, our goal has been to provide investors with personalised tools, data and information that is relevant to their interests" As just one example, Stockopedia recently launched the Stockopedia Stream. Similar to Twitter, this provides users with a highly personalised feed of news and information reflecting only the companies, investing topics and authors that they want to read about. Croft notes, "the reception from our users to this approach has been excellent."

To develop its offer, Stockopedia recently decided to raise external capital and turned to private backers given the dire state of the UK venture capital industry. "In 2009, venture capital took a 35% hit in the amount of new capital raised," explains Croft. "We weren't impressed with the terms being offered by the VC community so we chose to look elsewhere for investors who would be excited about encouraging new ideas and entrepreneurship - and we are really pleased to have found that kind of support despite the economic climate".

With the site now reaching close to 50,000 investors monthly, Stockopedia is firmly established as a leading UK destination for smaller company news and views. With active discussion forums and almost 15,000 followers on Twitter, Stockopedia is able to engage actively with its wide and web-savvy investment audience almost instantaneously. According to Croft, "the UK financial media sector seems to have lagged behind other industries in responding to web technologies but there's enormous potential for companies and financial publishers to leverage social media to build and expand their audience - we are able to poll our users easily to find out their views on a given company or issues of common concern, such as the upcoming UK election".

Stockopedia will be announcing further product launches and content partnerships in the coming months. Co-founder and COO David Brickell concludes, "We are excited about the progress we have made to date but see considerable scope for further development and growth. Raising this money will allow us to accelerate the deployment of a range of exciting new tools which, we believe, can help solve existing inefficiencies for both online investors and smaller companies".

Launched in 2008, Stockopedia is a UK financial media website that aims to provide investors with the tools and content they need to make better investment decisions. Visit Stockopedia to review and discuss research and content on the companies and investment themes of today Stockopedia