SurrogacyAdvisor is Launched, the First Directory to Feature Consumer Ratings and Reviews of Surrogacy Agencies, Fertility Clinics, and Other Service Providers

Fed from feedback surveys from hundreds of surrogacy parents from over a dozen countries, the directory provides much needed information to people looking to hire surrogacy agencies and fertility clinics to help them become parents. 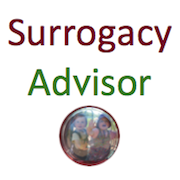 SurrogacyAdvisor is a new directory featuring consumer ratings and reviews of surrogacy providers.

Our mission is to help future parents make more informed decisions and promote transparency and fair prices in the field. The ratings are presenting for the first time a clearer picture about the strengths and weaknesses of agencies and clinics.

A new website has been launched April 1, 2012, that features the first ever unbiased consumer reviews and ratings of surrogacy agencies and fertility clinics. With the help of a significant number of feedback surveys from surrogacy parents from more than a dozen countries, SurrogacyAdvisor published ratings tables and full reports and reviews on nine surrogacy agencies and six clinics, updated in real time.

SurrogacyAdvisor collected the feedback in surveys that were initially sent by the Men Having Babies Network of hundreds of gay surrogacy parents. Since the middle of March dozens of surveys also started arriving from other sources, as the news about this unprecedented effort spread quickly on social networks. The surveys asks about the parents' experience with service providers including surrogacy agencies, clinics, lawyers, egg donation agencies, escrow services, consultants and psychologists. The surveys also collect feedback in order to help improve networking and programs for parents and parents-to-be from all over the world. "Our mission is to help future parents make more informed decisions and promote transparency and fair prices in the field," said Ron Poole-Dayan, the coordinator of the Men Having Babies Network and the founder of Surrogacy Advisor.

The surveys also collect interesting "real life" statistics such as how much people actually end up spending on the process (a number that is fairly consistently around $110,000), how long does the process take on average (so far it is around 18 months across almost all agencies), how many IVF cycles they needed to get pregnant, etc. "This is the first time such statistics are collected across a large number of clinics and agencies," said Ron, "and the information is extremely useful for prospective parents. For instance, we found that on average future parents budget $90,000 to the process, but in reality the average among people who completed a surrogacy journey is $110,000."

Mr. Poole-Dayan, himself a surrogacy father of 11 years old twins, has been leading workshops and organizing informational seminars for people interested in surrogacy parenting for over 7 years. He was pleased to find that many of the findings confirm long held assumptions he had, like the average duration of the process. "However we are pleased that the provider ratings are presenting for the first time a clearer picture about the strengths and weaknesses of certain agencies and clinics, several of which I was not even familiar with until recently."
SurrogacyAdvisor intends to post ratings of additional providers soon, besides surrogacy agencies and clinics. "The next directory will be for lawyers and law firms who help surrogacy parents with contracts and securing parenting rights," says Ron, "but due to the large number of such providers, we want to wait until we have a minimum number of 3 reviews for each provider we add to the directory."

Another novelty that these surveys provide, reports Poole-Dayan, is the establishment of a Speakers Bureau of surrogacy parents and future parents. "We have more than 80 people who indicated they are willing to speak in seminars and to the media about their experiences." Indeed, over the years many reporters have approached Ron and others who are involved in the field for interview candidates, which are hard to find. "This will make a big difference," predicts Ron, "since while surrogacy is a popular topic among reporters, there are still widely held misconceptions that our speakers will now be able to dispel."