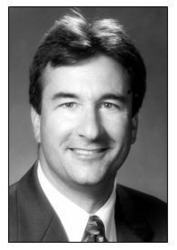 I am confident our sales organization will thrive under his leadership.

Swedish Match North America , a subsidiary of Swedish Match AB, today announced the promotion of Gary Poehlmann to the position of Vice President Sales of Other Tobacco Products (OTP).

Poehlmann joined General Cigar Company (GCC) in 1997 and moved to Swedish Match North America as Director of National Accounts following the acquisition of GCC’s mass market cigar business in 1999. He became Senior Director of Field Sales in 2006. “Gary has done an outstanding job throughout his tenure with us,” according to Rich Flaherty, Chief Operating Officer for OTP. “I am confident our sales organization will thrive under his leadership.”

About Swedish Match:
Swedish Match is a global Group of companies with a broad assortment of market leading brands in smokeless tobacco, cigars and pipe tobacco, matches and lighters. Some of our well known brands include Red Man, Timber Wolf, Longhorn, Macanudo, Partagas, Cohiba and Borkum Riff. Swedish Match North America, headquartered in Richmond, VA, with manufacturing facilities in Owensboro, KY, Dothan, ALA, the Dominican Republic, and Honduras. For more information visit the website at http://www.SwedishMatch.com .