Join this live, Tea Party Cyber Tour Tele-townhall and listen to the man who’s not shy about calling out Obama, saying that "Nothing will turn America around more than election night when Barack Obama loses decisively.” 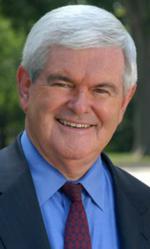 TheTeaParty.net announced today that it will feature Presidential Candidate and former Speaker of the House of Representatives, Newt Gingrich, in its next Tea Party Cyber Tour tele-townhall event on September 29 at 9:45 PM ET.

"I couldn't be more excited to have Speaker Gingrich at the event," said Dustin Stockton, Chief Strategist for TheTeaParty.net. "He has great ideas on how to get this country back on track, and I can't wait for him to discuss those with our membership."

Gingrich constructed the "Contract with America," which was pivotal in Republicans winning back Congress in 1994, and he's currently drafting a new "Contract with America" for the 21st century. As Speaker of the House, Gingrich oversaw the first balanced budget in 16 years and lasting reforms to two government entitlement programs in Medicare and welfare.

“Changing Washington is too big a job for one person in the White House," said Gingrich. "It will require a grassroots citizens movement to keep the pressure on every elected official for the change we need to save our country. I’m looking forward to discussing how the Tea Party and all Americans can have a role in shaping the 21st century 'Contract with America.'”

This tele-forum townhall style event will give Tea Party members an opportunity to ask questions of Gingrich in real time. Those who wish to participate can register for the event at http://www.TheTeaPartyAction.com/Gingrich/. Participants can also ask questions via twitter during the event by using the #teacyber hash tag, or on the call by pressing *3. The tele-townhall event can also be heard via USTREAM at the time of event.

This will be the ninth event in the Tea Party Cyber Tour, which has given Tea Party supporters across the country access to such prominent conservative leaders as Rep. Michele Bachmann, Rep. Allen West, Sen. Mike Lee, Phyllis Schlafly, Herman Cain, and George Demos.

Founded in 2009, TheTeaParty.net is one of the nation’s largest Tea Party organizations with almost a 1,000,000 hits a month and more than 400,000 members. Devoted to providing educational and leadership resources to local organizations, TheTeaParty.net offers free tools, including a national calendar, free virtual and location-specific events, promotes like-minded organizations and helps them grow, and provides a Washington presence to assist Tea Party-oriented legislators to educate and expand their reach on issues of importance to the Tea Party movement.