Domestic violence civil protective orders can be an important first step for victims and their families in breaking free from the cycle of violence, says Austin, Texas family law attorney Holly Davis of Heselmeyer Zinda, PLLC. 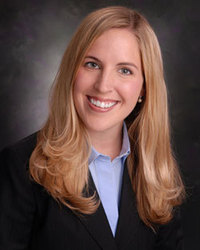 Domestic Violence Awareness Month offers the opportunity to provide more education and awareness about the civil protective order and how it can provide an important first step for domestic violence victims in breaking free from the cycle of violence.

“One of the most useful tools we have under Texas law to combat domestic violence is the civil protective order,” says Davis, whose law firm, Heselmeyer Zinda, PLLC, offers a website devoted to Texas family law issues, http://www.texas-family-lawyers.com.

“Domestic Violence Awareness Month offers the opportunity to provide more education and awareness about the civil protective order and how it can provide an important first step for domestic violence victims in breaking free from the cycle of violence,” she says.

According to Davis, a civil protective order can be secured on either an emergency or long-term basis. It is a court order that prohibits abusers from committing further acts of family violence, harassing or threatening victims at home or work (including by phone) or from going near children at home, school or a day-care center.

The order is intended to protect victims from “family violence,” which is defined as “any act by one member of a family or household intended to physically harm another member, serious threat of physical harm or the abuse of a child,” according to the Texas Attorney General’s website.

To receive a protective order, the victim and abuser must be related by blood or marriage (including former spouses), living together or formerly lived together or have a child in common.

Davis points out that a protective order can, under some circumstances, include orders that establish child custody, child support and spousal support and prohibit the transfer or destruction of property. Mandatory counseling may also be ordered.

An abuser who violates a civil protective order can be found to be in contempt of court and face a fine, jail time or both.

According to the U.S. Department of Justice, an estimated 1.3 million women and 835,000 men are physically assaulted by an intimate partner in the U.S. every year.

The Texas Council on Family Violence reports that 111 women died within the state last year as the result of domestic violence.

“Civil protective orders are among the progressive steps that we have taken to protect domestic violence victims and their families,” Davis says, “but we still have a long way to go. We have to remain vigilant in our efforts to eliminate domestic violence in Texas.”