Kurt Arnold and Jason Itkin of the Houston maritime law firm of Arnold & Itkin LLP say proposed federal legislation would force oil companies to focus on the safety of their offshore oil workers. 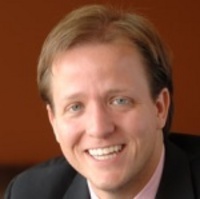 The only ones who would be opposed to these new rules are oil companies that put profits ahead of the health and safety of their offshore workers and care little about the businesses and residents of the Gulf Coast.

“The only ones who would be opposed to these new rules are oil companies that put profits ahead of the health and safety of their offshore workers and care little about the businesses and residents of the Gulf Coast,” said Arnold, a partner in the Houston, Texas, maritime law firm of Arnold & Itkin LLP.

Members of the U.S. House of Representatives’ Natural Resources Committee introduced the bill in late January. The reforms build on legislation that passed the House last year in response to the April 20 Deepwater Horizon oil platform explosion in the Gulf of Mexico, which killed 11 offshore oil workers, injured several others and triggered the worst oil spill in U.S. history.

The reforms also reflect recommendations from the final report issued January 11 by the National Commission on BP Deepwater Horizon Oil Spill and Offshore Drilling, including:

“As we’ve discovered, many offshore oil workers had concerns about safety issues on the Deepwater Horizon before the explosion occurred, but they didn’t want to come forward because they feared retaliation,” said Jason Itkin, an experienced offshore worker injury attorney and a co-founding partner of Arnold & Itkin.

“If these whistleblower protections had been in place before the Deepwater Horizon event occurred, it could have possibly prevented the physical, emotional and financial losses that have affected countless offshore oil workers, commercial fishermen, tourism businesses and others throughout the Gulf Coast region,” Itkin said.

The maritime lawyers at Arnold & Itkin LLP, a Houston personal injury law firm, understand the complexities and legalities of maritime law and have a successful track record of verdicts and settlements in favor of offshore workers.

The law firm provides legal guidance on all aspects of maritime law and the benefits that offshore workers are entitled to under the Jones Act, the Death on the High Seas Act, the principle of maintenance and cure, or the Longshore and Harbor Workers’ Compensation Act. Additionally, the firm features accident lawyers, investigators and financial advisors to assist Texas offshore workers, Gulf Coast commercial fishermen or other persons and businesses impacted by the Gulf Coast BP oil spill.

Arnold & Itkin LLP handles maritime claims at port cities along the Gulf Coast in Texas, Louisiana, Mississippi and Alabama. The firm can be contacted toll free at (866) 222-2606 or through its website.