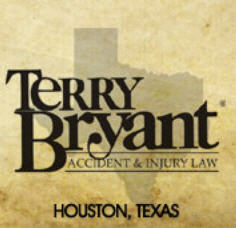 "Ultimately the defendant’s own social media presence contributed to the verdict against her," Bryant said.

Terry Bryant Accident & Injury Law has won a significant verdict that hinged, in part, on the introduction of the defendant's own damaging testimony on the drunk driver's own MySpace page.

The case revolved around a wreck on Interstate 10 in Houston on June 7, 2009. Sylvia Morales and Luis Perez were stopped along the side of the road after having broken down. The truck’s drive shaft had disengaged and they pulled over, with a portion of the rear side of their vehicle in traffic. The defendant struck their car, wrecking it and severely injuring Morales and Perez.

In Case No. 2010-17655 Sylvia Morales and Luis Perez v. Vonda Barnhart and Erica Browning, the plaintiff's claimed that the defendant was driving while intoxicated with a blood alcohol content of .28 and that she hit them due to gross negligence. As both sides argued and evidence was presented the case became quite complex. Toxicology reports were presented, expert witnesses took the stand, hospital and medical records were entered into evidence. But the highlight of the case came when the Terry Bryant attorney produced the defendant’s MySpace page showing entries around the time of the wreck that included references to regular alcohol use and abuse such as "made it thru this week only one hangover...YEAH."

"Ultimately the defendant’s own social media presence contributed to the verdict against her," Bryant said. The jury found the defendant 95% liable for the collision and the plaintiff’s were awarded $608,212.