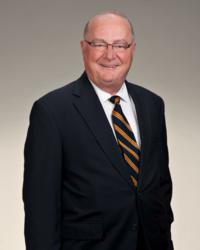 This honor recognizes his lifelong commitment to scouting. As lawyers, we are charged with being leaders in our society. Stan has risen to this charge time and again throughout his distinguished career...

Collins & Lacy, P.C. founding partner Stan Lacy has received a high honor from the Boy Scouts of America as a 2013 recipient of the Whitney M. Young Jr. Service Award. The award is presented annually to recognize individuals for their outstanding service to scouting and the community. Specifically, the award honors people who help develop and implement scouting opportunities for youth from rural or low-income urban backgrounds.

Lacy has been a significant contributor to the Boy Scouts of America for more than 30 years concentrating on developing new programs and rekindling previous programs in areas of the district where scouting had no presence. During his time as Cubmaster of Packs 2 and 408 and as District Chairman, Lacy recruited hundreds of families into scouting, initiated clean-up projects in neighborhoods, and he was a driving force behind the “Uniform Closet,” a program that gathers and donates second-hand uniforms for scouts who could not afford them.

Lacy received the honor along with three other community leaders at a banquet Tuesday night in Columbia. The award is sponsored by the Three Rivers District of the Indian Waters Council/Boy Scouts of America.

During the event, Lacy told the crowd each of them is a hero “who places himself or herself second for the sake of giving a young man the opportunity to learn the values of duty, honor and country. There are so many boys and young men who are not learning those values at home. The men who contribute to Boy Scouts of America are my heroes because they use time, talents and resources voluntarily to give boys and young men the sound building blocks that will last their lifetimes.”

"I am supremely proud of our partner, Stan Lacy,” said Collins & Lacy attorney Christian Stegmaier. “This honor recognizes his lifelong commitment to scouting. As lawyers, we are charged with being leaders in our society. Stan has risen to this charge time and again throughout his distinguished career. He is a model of what a lawyer active in his community is to be." Stegmaier is Chairman of the Three Rivers District of the Indian Waters Council.

About Collins & Lacy, P.C.
Collins & Lacy is a defense litigation firm in South Carolina that delivers valuable legal representation for their clients through solid preparation, thorough execution, and client-oriented service aimed at success. With many offices throughout the state, including Columbia, South Carolina, the firm represents local, regional and national clients in the areas of construction, employment law, hospitality/retail and entertainment law, insurance/bad faith, products liability, professional liability, commercial transportation and workers’ compensation. Collins & Lacy is committed to upholding the highest standards for integrity, civility and community service.

Collins & Lacy, P.C. is a member of the International Society of Primerus Law Firms.