Trupanion releases the most expensive dog breeds, based on claims submitted by policyholders. 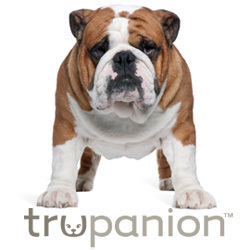 The most expensive dog breed according to Trupanion is the Bulldog.

Here are the top five most expensive dog breeds, according to Trupanion:

1. English Bulldog – This breed is prone to cherry eye, brachycephalic syndrome, elongated soft palate, hip dysplasia, patellar luxation, and stenotic nares. The total amount spent on this breed was $1,152,947.32, with 84% related to illnesses and 16% related to accidents. The average claim amount is $370.57.

2. Bernese Mountain Dog – This breed is prone to cataracts, elbow dysplasia, gastric torsion, and mast cell tumors. The total amount spent on this breed was $553,660.57, with 76% associated with illnesses and 24% associated with accidents. The average claim amount is $412.85.

3. Rottweiler – Health conditions associated with this breed are allergies, elbow dysplasia, gastric torsion, and hypothyroidism. Trupanion policyholders have spent $532,261.93 on this breed, 63% for illnesses and 37% for accidents. The average claim amount is $567.53.

4. Great Dane – Common health issues for this breed are cardiomyopathy, elbow dysplasia, gastric torsion, and hip dysplasia. The total amount spent on this breed was $462,204.97, with 77% associated with illnesses and 23% associated with accidents. The average claim amount is $385.49.

5. French Bulldog – This breed is prone to allergies, brachycephalic syndrome, hip dysplasia, and stenotic nares. According to Trupanion databases, policyholders have spent $384,325.78 on this breed, with 87% associated with illnesses and 13% associated with accidents. The average claim amount is $355.63.

Whether you have one of the most expensive breeds listed above or another loveable breed, the unfortunate fact is that one in two pets will experience a major illness or injury in their lifetime. These incidents can be emotionally and financially draining.

However, enrolling a pet as early as possible with pet insurance increases the chance that all health issues will be covered under a pet insurance policy. If an illness is present before enrollment, it is considered a pre-existing condition, and therefore will not be covered. An injury or recurrence of an injury can also be considered a pre-existing condition.

“We encourage everyone to enroll their pets early to ensure that expensive veterinary costs are covered,” says Howard Rubin, Chief Operating Officer at Trupanion and was the founding CEO of the National Commission on Veterinary Economic Issues. “Unfortunately many people enroll after their pet has become sick or injured, at which point it may be too late.”