Used engines for sale website, UsedEngines.co, has expanded its domestic and imported engines inventory online. This update includes more Ford, Chevrolet, Isuzu, Toyota, Honda and other engines that are acquired as used and sold to the general public or other users of used engines offline. 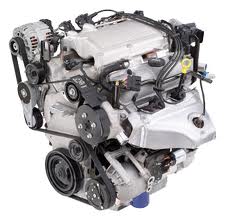 The UsedEngines.co website remains one of the largest sources online for imported used engines for sale.

Buying used engines for sale online is one way that car owners and mechanics can pay less for a replacement engine. One company has expanded its online offerings to help those seeking used engines. The UsedEngines.co website has expanded its domestic and imported engines inventory. This inventory update includes Ford, Chevrolet, Dodge, Isuzu, Toyota and Honda engines. The new offering of more domestic and imported engines at discount prices is expected to grow e-commerce sales for the Used Engines Company. More information can be found by visiting this page http://www.usedengines.co/used-motors/engines-sale.

Domestic automakers like Ford, Chrysler and General Motors often share the top spot in sales chart compilations each quarter. The popularity of new car sales has helped these automakers to forge ahead even in slow economic times. The used automotive industry has grown equally well and many companies are benefiting.

The UsedEngines.co website is one example of how used engine companies are expanding online. The sales to automobile owners as well as those made to the trade industry have opened up new markets for small companies to compete selling preowned automobile engines and auto parts.

As retail industry data fluctuates, the less often reported data about automotive parts and accessories has remained constant for some companies. The used engines that are purchased and sold by the Used Engines Company are ones that are directly requested by engine buyers in the U.S. and Canada.

Engines like Japanese Domestic Engines can be difficult to find online since these engines are imported. It generally costs extra money to import engines for sale regardless of the new or used condition. The UsedEngines.co website remains one of the largest sources online for imported used engines for sale.

The new inventory upgrade that has taken placed at the UsedEngines.co website is part of a series of updates that have taken place in recent years. The incentive of shipping used engines for free has been one that has been used for several years to help reduce the cost of shipping engines from state-to-state. The addition of a toll free quote line and instant customer service have helped the UsedEngines.co website to ship thousands of its used engines to customers around the world.

Those that search the Internet for a replacement engine could benefit from the new domestic and import engine inventory upgrades now available at the UsedEngines.co website. An online quote system now generates price quotes as well as warranty information.