Eating Vegan In Vegas, an e-book forthcoming from Sullivan Street Press, receives a glowing endorsement from fellow vegan and sustainable organic food advocate Elizabeth Kucinich in an effort to grow awareness of this movement’s importance. 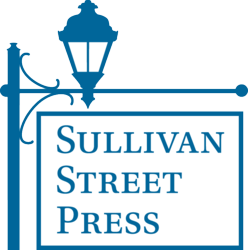 All the vegan food I could find to eat was pasta and French fries. Paul Graham, however, was a man on a mission to prove that this city of excess can actually sustain the body in a much healthier way.

“Las Vegas is one of my favorite American cities, though one I can only manage for two days at a time and then need to escape for a breather. In the past it was because all the vegan food I could find to eat was pasta and French fries. Paul Graham, however, was a man on a mission to prove that this city of excess can actually sustain the body in a much healthier way. Here he details his journey of 'Eating Vegan in Vegas' for an entire year, creating an invaluable restaurant guide for the more food conscious traveler,” begins Elizabeth Kucinich

There are many reasons individuals choose a vegan lifestyle including concern for animal welfare, the environment, and personal health. Animal agriculture takes a devastating toll on the planet by its exploitation animals, which leads to an accelerating erosion of the soil to produce feedstock, and the massive production methane pollution. The waste from all of this livestock production and slaughter contaminates the air, water and soil.

As Elizabeth Kucinich states, “Paul Graham shows how it's not only the slot machines that provide vegan options, with their cherries, oranges and pineapples. Within these pages you will find how you can stop playing roulette with your health and instead hit the jackpot every time with the food choices you make in Las Vegas, the capital of second chances.” Eating Vegan in Vegas will be available Spring 2013 for $12.95. It will include Paul's remarkable insights into the ethical, healthful, spiritual reasons for eating vegan. Plus, the most comprehensive guidebook to all the restaurants one needs to eating Vegan in Vegas.

In support of this movement, and to increase global awareness, please join Sullivan Street Press and consider making a contribution to the GMO education fund of the Hestia Gaea Foundation to support the making of the documentary, GMO/OMG @ http://www.GMOfilm.com.

About Sullivan Street Press:
Founded 3 years ago, Sullivan Street Press entered the e-publishing domain to change the publishing paradigm. It recognized that for both financial and environmental reasons it was necessary to advocate for the rise of the e-book and the technology that makes all things digital possible. Responding to readers’ concerns, many of whom aren’t yet ready to commit to the e-book revolution, SSP began to have its books published in Print-on-Demand format on the Espresso Book Machine at McNally Jackson Books in New York City. Then it reached out to On Demand Books, the parent company of the Espresso Book Machine, to be included in their world wide system of Espresso Book Machines. In furtherance of the digital side of its publishing mission, the Scags Series is also available as in iPad app, powered by MAZ Digital. For more information on all the various ways in which Sullivan Street Press is using new technology in the publishing process, visit the website: http://www.sullivanstpress.com