New York Times bestselling authors Marjorie M. Liu and C.L. Wilson will be featured in an innovative signing event on December 2, 2011: taking place live at Joseph Beth in Cincinnati, the event will also live stream on http://www.vivolive.com, enabling romance and fantasy fans from around the world to interact with these beloved authors and obtain signed copies of their latest novels. 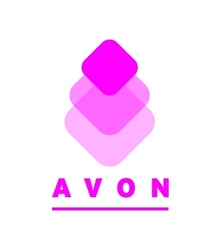 With the powerhouse duo of Marjorie M. Liu and C.L. Wilson, we expect to have a dynamic audience and record-setting online attendance for their Joseph Beth event...


WHAT:
The Book Signing. Revolutionized.

Marjorie M. Liu and C.L. Wilson headline an innovative live/virtual book signing, powered by Vivo (http://www.vivolive.com/harpercollins/majorieliuandclwilson ). Both authors will be reading, answering questions, and signing copies for anyone who attends the event at Joseph-Beth Booksellers in Cincinnati -- in-person or online.

“We recently had our first experiment with a virtual event, featuring New York Times bestselling author Julia Quinn ... not only did we have a packed house in-store, but we had more than 500 virtual attendees from around the globe. With the powerhouse duo of Marjorie M. Liu and C.L. Wilson, we expect to have a dynamic audience and record-setting online attendance for their Joseph Beth event -- whether fans attend in flesh or in virtual reality, they can interact with these beloved authors and get signed copies of their newest books,” says Pam Jaffee, director of publicity for Avon Books.

WHO:
New York Times bestselling author Marjorie M. Liu is known for her paranormal romance novels and comic books. She recently gained national renown with her video game, Tiger Eye: Curse of the Riddle Box. Marjorie is also an attorney, and divides her time between China and Indiana.

New York Times bestselling author C.L. Wilson wrote her first novel at age six ... but it wasn’t until 2006 that she sold her first book, an epic fantasy then entitled Tairen Soul, at auction. This debut novel was an instant bestseller -- as has been every other novel in the series. The author lives in Florida.

WHY:
To celebrate the release of two of the most anticipated books of the season—

IN THE DARK OF DREAMS (9780062020161, on sale 11/30 from Avon, an imprint of HarperCollins), which has already been nominated for the 2010 RT Book Reviews “Best Shapeshifter Romance”, and received a starred review from Publishers Weekly, who called it “a satisfying adventure of intense emotion and compelling characters.”

CROWN OF CRYSTAL FLAME (9780062018960, on sale 10/26 from Avon, an imprint of HarperCollins), the conclusion of New York Times bestselling author C.L. Wilson’s sweeping Tairen Soul saga, has been called, “Epic in scope and scale yet emotionally intimate ... a truly stellar achievement” by RT Book Reviews.

NOTE: Readers can log onto Joseph-Beth Booksellers web site to pre-order signed copies of IN THE DARK OF DREAMS (http://www.josephbeth.com/Products/56281-in-the-dark-of-dreams-a-dirk-steele-novel-author-signed.aspx ) and CROWN OF CRYSTAL FLAME (http://www.josephbeth.com/Products/56287-crown-of-crystal-flame-author-signed.aspx ).

IN THE DARK OF DREAMSby Marjorie M. Liu