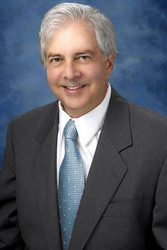 There is no evidence that cutting awards to injured patients will cut overall health care costs. There is obvious evidence that limiting potential penalties for doctors will limit protections for patients.

Michael Abelson, a personal injury lawyer in Maryland and Washington, DC, says proposed limits on damage awards in medical malpractice lawsuits would not lower health care costs but could instead deprive injured patients of their right to appropriate compensation.

Abelson, the founder of the Abelson Law Firm, which concentrates on personal injury and medical malpractice cases, said, “There is no evidence that cutting awards to injured patients will cut overall health care costs. There is obvious evidence that limiting potential penalties for doctors will limit protections for patients.”

Congressional Republicans supported limits on malpractice payments at a healthcare forum with President Obama last week. The President has not endorsed such limits, but said this week that he is open to funding state experiments with “health courts” as an alternative to the current system of resolving medical malpractice claims through jury trials. In theory, health courts would make it faster and less expensive for injured patients to press claims, but the courts would also award smaller amounts.

In an analysis of the Data Bank report, the consumer advocacy group Public Citizen found that between 2000 to 2009 health care spending rose 83 percent while medical malpractice payments fell 8 percent.

In response to the findings, David Arkush, director of the Public Citizen’s Congress Watch division, said, “Litigation accounts for a miniscule fraction of health costs, small enough to be a rounding error. It is ridiculous that certain members of Congress continue to obsess about this greatly exaggerated problem. They should know better, and they should focus instead on fixing real problems like the crisis of preventable medical errors.”

About the Abelson Law Firm

Senior attorney Michael A. Abelson has received the Lawyer of the Year Award from the Trial Lawyers Association of Washington, DC and has been listed in “The Cream of the Legal Establishment” by Washingtonian magazine. Mr. Abelson has more than 30 years of legal experience and is a member of the American Board of Trial Advocates and a sustaining member of the American Association for Justice. To contact the firm, call (888) 797-4242 or (202) 331-0600.