As the world witnesses the painful sequestration drama, the legacy of leaders in Washington rests on their ability to rise above bitter politics of partisanship and fulfill the duties the people of this great nation entrusted them with. Pinnacle CEO Adil Dalal, who introduces the globally conscious model of leadership, called, “Sensei Leadership™” and urges the national leaders to awaken the true spirit of leadership hidden within each one of them to live up to Abraham Lincoln’s promise of “government of the people, by the people, and for the people”. 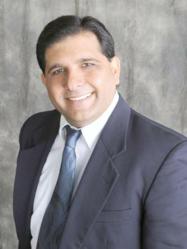 Only our leaders who have the courage to take the path of sensei leadership™ will be the rightful heirs of the amazing legacy left for us by our founding fathers.

Is Washington planning on transforming the very DNA of this nation from the “government of the people, by the people, and for the people” to “people of the government, by the government, for the government?” The sequestration drama being played out in Washington seems to indicate that it is all about the government versus about the people. According to the Washington Post, the reach of the sequestration will impact every state and is just one more example of a weapon of mass financial destruction hanging above the heads of the people of this nation. As the deadline of March 1 is approaching, the possibility of avoiding $85 billion in automatic budget cuts, which most definitely will cripple this nation, seems quite remote. But, according to the author of The 12 Pillars of Project Excellence, although Washington seems to be constitutionally and ethically immobilized due to the permanent partisan gridlock, this great nation has several esteemed elected officials who took the oath of office with great pride in their hearts, and lofty ideals of dedicated selfless service to its people in their minds. Dalal is optimistic about the future and states that, “there is still hope for this great nation if we awaken the spirit of “true leadership” lying dormant in Washington”.

Dalal, who is the CEO of Pinnacle Process Solutions, Intl®, host of See2B Talk Radio and Chair, Human Development & Leadership division of ASQ, says, “Today, Washington is in desperate need of Sensei Leadership™. The global, super-conscious perspective of sensei leadership™ will empower the elected officials to filter out the partisan noise and find the long-term fiscal solutions that this great nation so dearly needs and deserves to have”.

The use of the term “sensei” is crucial to Dalal’s philosophy of living a legacy and leaving a legacy. In Japanese, the term sensei is a term for “teacher” or “master” and implies one who “teaches based on wisdom from age and experience.” When you think of the significance of that phrase, it certainly gives a favorable depiction as someone who is wise, experienced, and capable of leading others by example. In his book, The 12 Pillars of Project Excellence, Dalal highlights the attributes of sensei leaders™, whose elevated level of perspective drives productivity and clear communication across all areas of an organization. Although their constituency is not comprised of shareholders or customers, government officials, by virtue of their status as leaders in the public sector, can be sensei leaders™ too.

Sensei leaders™ are most adequately prepared to drown out the bickering and outside influences with their commitment to creating a path to success built upon their vision. Dalal notes, “The term vision is often applied very loosely; but it means much more than simply having a group of ideas. What is required is for leaders to use their power of visualization™ to not only create a vision for a turn-around, but also call to action the leaders of this great nation who are prepared to convert the vision into a reality.”

One of the key traits of sensei leaders™, according to the concept’s pioneer, is humility. Dalal says that, “Sensei leaders™ know and appreciate that the organization or the cause they support is bigger than themselves. They understand that their own people, and in the case of politics, their constituents, are their greatest assets upon which rests their own legacy and the future successes of a nation. By focusing on the strength of the human assets, sensei leaders™ set their organization on the pathway to long-term success, well beyond their own period of influence”. Dalal also notes that during this economic turmoil, political leaders who will demonstrate the courage to take the path of sensei leadership™ and selflessly lead this nation on a road to recovery, growth and prosperity will be the rightful heirs of the amazing legacy left for us by the founding fathers of this promised land called America.

Adil Dalal is the CEO and President of Pinnacle Process Solutions International ®, an author, entrepreneur, keynote speaker and radio show host. For more information please contact Pinnacle Process Solutions at info(at)pinnacleprocess(dot)com or at (512) 212-1166. More information about Dalal’s groundbreaking concept of sensei leadership™ can be found in his book, The 12 Pillars of Project Excellence or in his upcoming Talk show series on Sensei leadership™ airing on See2Bradio.com with premier guest Mr. Anand Mahindra, Chairman and Managing Director of Mahindra & Mahindra, a Fortune 500 corporation of India.

The 12 Pillars of Project Excellence: A Lean Approach to Improving Project ResultsCover