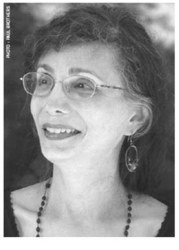 This was not done in a vacuum, however; a long list of dedicated volunteers and a small but feisty staff made everything possible. Contributions from our listeners were essential.

WCPE General Manager Deborah S. Proctor was honored by the Institute of Electrical and Electronic Engineers October 5, 2008. The Eastern North Carolina Section of the society presented a Technical Achievement Award "In recognition of her enterprise, innovation and entrepreneurial drive in the conception, development and successful evolution of WCPE, The Classical Station."

"I feel much honored by this recognition," said Proctor. "This was not done in a vacuum, however; a long list of dedicated volunteers and a small but feisty staff made everything possible. Contributions from our listeners were essential."

Proctor is a founder of 89.7 WCPE, TheClassicalStation.org. In the past 30 years, she has served as a representative for public radio interests with the U.S. Congress and the N.C. Department of Administration Division of Public Telecommunications Public Radio Advisory Committee. In addition, Proctor has been an active member of the Society of Broadcast Engineers since 1988, and is a founding member and current president of the North Carolina Public Radio Association.

WCPE can be heard worldwide, 24/7, via the Web in multiple streaming formats, including the next generation IPv6. Visit TheClassicalStation.org/internet.shtml to begin listening online.

About WCPE:
With a 30-year history, WCPE is a non-commercial, 100 percent listener-supported, independent station dedicated to excellence in Great Classical Music broadcasting. Community-minded business underwriters and foundations are among the 150,000 listeners in the North Carolina broadcast area. General Manager Deborah S. Proctor's leadership has enabled the WCPE community to include national and worldwide listeners. Other radio stations and cable television systems are able to rebroadcast Great Classical Music. WCPE is one of the first public broadcasters to stream on the Internet. WCPE is heard worldwide on the Internet in multiple formats, including the next generation IPv6. Because WCPE receives no tax-derived support, the station conducts two on-air fundraising campaigns and two major mail-out campaigns per year to raise needed operating funds. Quarter Notes, the WCPE Program Guide, is published four times a year as a means to enhance appreciation and understanding of classical music. It is distributed to station supporters and is also available online at TheClassicalStation.org/guide. For more information, visit TheClassicalStation.Org or call 1-800-556-5178.

About IEEE:
A non-profit organization, IEEE is the world's leading professional association for the advancement of technology. The IEEE name was originally an acronym for the Institute of Electrical and Electronics Engineers, Inc. Today, the organization's scope of interest has expanded into so many related fields, that it is simply referred to by the letters I-E-E-E (pronounced Eye-triple-E). Information is at ieee.org.