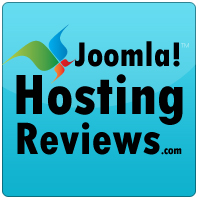 We have been able to rely on HostGator not only for ourselves but as a go-to hosting company recommendation for clients.

Joomla Hosting Review (http://www.joomlahostingreviews.com) announced their 2012 hosting award winners. HostGator won 2012 Best Host of the year. Awards are determined by editor and customer reviews, tech support quality, hosting plan choices and pricing. HostGator won for its second year in a row due to an outstanding record in all categories.

Steven Johnson, Senior Editor at Joomla Hosting Reviews went into more detail about HostGator, “We have been able to rely on HostGator not only for ourselves but as a go-to hosting company recommendation for clients. Since we have had a positive experience over the years we look forward to using them for future websites and we feel comfortable using them.”

Additionally, HostGator has exceptional technical support. Since they are available twenty-four seven, it is very easy to get issues resolved. Steven Johnson noted that he rarely has to be elevated to a second level of tech support because of their ability to resolve issues.

HostGator helps those who are just beginning a website as well as those more experienced in hosting. HostGator has starter plans (known as ‘Hatchling Plan’ and ‘Baby Plan’) as well as Business, VPS, and dedicated server plans. Editor, Steven Johnson, said, “They use cPanel which is easy for people new to websites but also has lots of tools for experienced users to take advantage of.”

A few of the features provided by HostGator include: unlimited disk space, transfer, ftp accounts, and MySQL databases. All of the servers run the latest versions of php, MySQL, Ruby On Rails, SSH, Perl, Chilisoft ASP, Python, and more.

About Joomla Hosting Reviews -- Joomla Hosting Reviews, established in 2005, is owned and managed by Intown Web Design of Atlanta, GA. The site was created as a place for Joomla Users to post reviews and learn about the best Joomla hosting companies. They are not related in any way with the Official Joomla Project or HostGator. It is a website that brings hosting, server information, and help to the Joomla community.

About Intown Web Design (http://www.intownwebdesign.com) -- Intown Web Design, located in Atlanta, Ga, is a web design and development firm with a focus on creating functional websites for business. Clients range from startups to corporations traded on the NYSE. Founded in 2007, with a specialty in open source technologies including PHP, Joomla and WordPress. They have continued to expand their expertise into improving site performance, usability and search engine rankings.