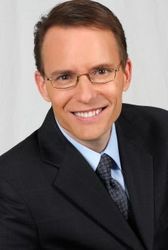 Individuals considering weight-loss surgery can have adjustable gastric banding or gastric bypass surgery done safely in under two hours on an outpatient basis at an ambulatory surgery facility, according to a study in the latest issue of the peer-reviewed Journal of the Society of Laparoendoscopic Surgeons (JSLS).

The obesity epidemic in the U.S. has led to a rapid rise in the number of bariatric procedures performed each year (205,000 in 2007 compared to 16,200 in 1992). Until recently, laparoscopic adjustable gastric banding (LAGB) and laparoscopic Roux-en-Y gastric bypass (LRYGB) were performed in a hospital setting. Little was known of the safety and feasibility of performing the surgical procedures at ambulatory surgery centers (ASC).

"This marks a turning point in the battle against obesity, by shifting life-changing weight-loss surgery to the outpatient arena with minimally invasive surgery. This study further validates the hypothesis that an overweight person can safely undergo weight-loss surgery in about two hours, at an outpatient surgical facility, return home later the same day, take very little time off, and lose a large amount of weight," says lead author, Dr. Sasse.

Dr. Sasse is the author of the book Outpatient Weight-Loss Surgery: Safe and Effective Weight Loss with Modern Bariatric Surgery (360 Publishing; April 2009), a comprehensive, unbiased, and informative guide to today's outpatient bariatric surgery. Dr. Sasse is a leading physician, and an acclaimed authority on surgical weight-loss procedures. He is founder and medical director of iMetabolic® also know as the International Metabolic Institute™ and Western Bariatric Institute, a nationally recognized ASMBS Center of Excellence.