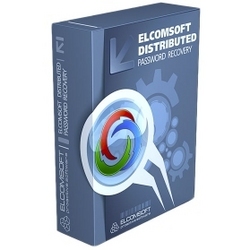 With growing numbers of Wi-Fi networks used by businesses and individuals all over the world, security becomes utterly important. There are currently two methods of protecting Wi-Fi networks, WEP and WPA/WPA2. Unlike enterprise, RADIUS protected networks, consumer-grade WPA and WPA2 protection methods rely on passwords and encryption to protect traffic transferred between users and network access points. However, WEP, the older protection method, is no longer considered secure even for home users, as sometimes it can be broken in less than two minutes due to security flaws discovered in the algorithm.

The newer WPA/WPA2 encryption is inherently more secure than WEP. The only way to break WPA and WPA2 encryption is to use a brute force attack, which involves trying all possible passwords in the hope to discover the only correct one. With billions of possible combinations, it can take years to break into a WPA/WPA2 protected network. However, WPA/WPA2 protected networks are not immune against distributed attacks performed with GPU-accelerated algorithms.

With the latest version of Elcomsoft Distributed Password Recovery, it is now possible to crack WPA and WPA2 protection on Wi-Fi networks up to 100 times quicker with the use of massively parallel computational power of the newest NVIDIA chips. Elcomsoft Distributed Password Recovery only needs a few packets intercepted in order to perform the attack. The new product of ElcomSoft Co. Ltd. makes it possible to quickly perform security audit of corporate Wi-Fi networks, allowing to test network security against threats such as inappropriate WLAN security policy.

Today's video cards such as NVIDIA GeForce GTX280 can process hundreds of billions fixed-point calculations per second. Add as much as 1 GB of onboard video memory and up to 240 processing units, multiply it by two by using a couple of NVIDIA cards, and enter the whole new world of super-parallel computational power for just a few hundred dollars.

Until recently, all the power of highly parallel, super-scalar processors in 3D graphic accelerators could only be used for gaming. ElcomSoft Co. Ltd. has invented a way to utilize the massively parallel computational power of NVIDIA gaming cards for increasing the speed of password recovery. Elcomsoft Distributed Password Recovery, its flagship password recovery tool, is able to fully utilize recent NVIDIA chips used in laptop, desktop and server computers, increasing the speed of Wi-Fi password recovery up to 100 times compared to conventional CPUs.

About ElcomSoft Co. Ltd.:
Founded in 1990, ElcomSoft Co.Ltd. develops state-of-the-art computer forensics tools, provides computer forensics training and computer evidence consulting services. Since 1997, ElcomSoft has been providing products and services to businesses, law enforcement, military, and intelligence agencies. ElcomSoft products are used by most of the Fortune 500 corporations, multiple branches of the military all over the world, foreign governments, and all major accounting firms. ElcomSoft and its officers are members of the Russian Cryptology Association. ElcomSoft is a Microsoft Certified Partner, an Intel Software Partner, and Member of NVIDIA's CUDA Developer Relations Program.

For more information and to download an evaluation version of Elcomsoft Distributed Password Recovery, visit ElcomSoft Co. Ltd. at wpa.elcomsoft.com