G8 Climate Scorecard Shows U.S. Has Much Catching Up To Do, says WWF 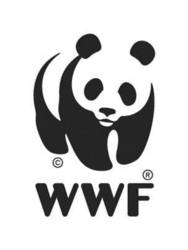 During debate on the energy and climate bill in the House of Representatives last Friday, opponents of the legislation demanded that other countries first step up to the plate

The G8 Climate Scorecard, released by World Wildlife Fund and global financial services company Allianz SE, comes one week before heads of state gather in Italy for the 2009 G8 summit.

"During debate on the energy and climate bill in the House of Representatives last Friday, opponents of the legislation demanded that other countries first step up to the plate," said WWF President and CEO Carter Roberts. "The truth is that not only has much of the rest of the world already been at the plate, they're several innings into the game and we're only now emerging from the dugout.

"For too long, the U.S. has resisted action while other nations have begun the transition to a clean energy economy. Other nations have dramatically cut greenhouse gas pollution, set national targets, ramped up investments in energy technology and set regulatory frameworks to spark innovation in key sectors. And now other countries dominate markets in sustainable energy and technology.

"It is time for the U.S. to get into the game and make up for lost time. Passage of the American Clean Energy and Security Act by the House on Friday took us a big step forward. We need the Senate to pass the bill, get it to the President before Copenhagen and give us the means to challenge other countries to work with us in solving this global problem," Roberts said.

The annual G8 Climate Scorecard analyzes the policies of the G8 countries along a variety of metrics, including reduction (or growth) of greenhouse gas emissions since 1990, percentage of the country's energy portfolio that is derived from renewable sources, and investments in clean energy technology.

In the 2009 ranking, the U.S. resides in seventh place, just ahead of Canada and behind Russia - an improvement over previous years when it was typically ranked last. The bump this year is largely due to progress in Congress toward passing comprehensive energy and climate legislation, clean energy investments in the economic stimulus package, and strong leadership by President Obama on climate change, including his efforts to strengthen vehicle fuel economy and lighting efficiency standards.

Ranking highest in the analysis are Germany, the United Kingdom and France, each of which has slashed it greenhouse gas emissions and has already met its targets under the Kyoto Protocol. By comparison, U.S. emissions have risen substantially, increasing by about 15 percent since 1990. The European nations have also made far greater progress than the U.S. in growing their clean energy sectors.

Allianz, a global financial services company, is sensitive to the economic threat climate change poses to communities around the world. Dr. Joachim Faber, a board member of Allianz SE, said, "A low carbon future holds growth potential for G8 countries as well as for emerging nations. Future investments and product development therefore require a sustainable political framework."
NOTE TO EDITORS:
The full report on the G8 Climate Scorecard, an executive summary and high-resolution graphics are available online: http://www.worldwildlife.org/climate/policy/G8-climate-scorecards.html.

ABOUT WORLD WILDLIFE FUND
WWF is the world's leading conservation organization, working in 100 countries for nearly half a century. With the support of almost 5 million members worldwide, WWF is dedicated to delivering science-based solutions to preserve the diversity and abundance of life on Earth, halt the degradation of the environment and combat climate change. Visit http://www.worldwildlife.org to learn more.

ABOUT ALLIANZ
The Allianz Group is one of the leading integrated financial services providers worldwide. With nearly 155,000 employees around the globe, the Allianz Group serves approximately 75 million customers in 70 countries. Allianz SE is member of Transparency International Germany and supports the Principles of the United Nations Global Compact and the OECD Guidelines for Multinationals through its Code of Conduct. Allianz SE is one of the leaders of the insurance sector in the Dow Jones Sustainability Index, listed in FTSE4GOOD and in the Carbon Disclosure Leadership Index (Carbon Disclosure Project, CDP6). Visit http://www.allianz.com to learn more.