After being sidelined for years by painful knee arthritis, Malcolm Pasley is once again jogging and doing squats following stem cell therapy at the XCell-Center in Cologne, Germany. 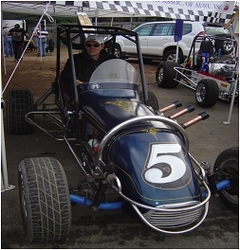 ...I notice a huge improvement in both knees...

After being sidelined for years by painful knee arthritis, Malcolm Pasley is once again jogging and doing squats following stem cell therapy at the XCell-Center in Cologne, Germany.

In early 2010, after reviewing his knee x-rays, Mr. Pasley's orthopedist gave him the bad news. He had developed osteoarthritis in both knees and eventually, he would be forced to get a knee replacement; something Mr. Pasley definitely did not want.

"I started researching on the internet about stem cells as I had never heard of them before. I got information about how they do it in countries like Germany. After speaking to an XCell-Center representative, I weighed up the expense against the possibility of fixing up my knees and decided to give it a go," said Mr. Pasley.

Commenting on his progress since treatment, Mr. Pasley stated, "It is now about 7 weeks ago that the stem cells were administered and I notice a huge improvement in both knees while at work. I can do squats and go jogging ,which previously I had not been able to for a few years without my knee swelling up quite large. It has stopped swelling altogether. I used to go skiing and do karate which are two sports I probably could do again. I now do a lot of cycling with no knee pains or a swollen knee which is great."

Each arthritis treatment begins by collecting a small amount bone marrow from the patient's hip bone using a thin needle under local anesthesia. The stem cells are then separated from the bone marrow at the XCell-Center's EU certified cGMP laboratory (current good manufacturing process). Before the cells leave the lab, they are counted and their vitality is confirmed. The last step of the treatment is the minimally invasive implantation procedure.

About the XCell-Center
The XCell-Center operates treatment centers in Cologne and Dusseldorf, Germany. It is the first clinic in Europe to specialize in regenerative medicine using autologous bone marrow stem cell therapy and operates in accordance with German law, European guidelines and ISO 9001. Its specialized medical team of German physicians includes specialists in: neurosurgery, orthopedics, cardiology, radiology, anesthesiology and pharmacology.

Since its inauguration in 2007, more than 3,500 patients have been treated.

XCell-Center GmbH
at the Institute for Regenerative Medicine
Am Heerdter Krankenhaus 2
40549 Dusseldorf, Germany