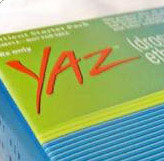 According to a federal Multi-District Litigation court in Illinois set up to handle a majority of the cases, more than 10,000 women or families have filed lawsuits.

With thousands of trials over alleged side effects from the birth control drugs Yaz and Yasmin set to begin, news came recently that the maker of the drugs had begun efforts to settle some of the outstanding cases.

According to a federal Multi-District Litigation court in Illinois set up to handle a majority of the cases, more than 10,000 women or families have filed lawsuits over injury or death. The formal case is known as Yasmin and Yaz (Drospirenone) Marketing, Sales Practices and Products Liability Litigation (MDL No. 2100).

Litigation began after several studies linked the chemical hormone drospirenone found in drugs like Yaz to an elevated risk of blood clots, which can cause deep vein thrombosis (DVT), stroke or pulmonary embolism.

However, as the first trials were set to begin last fall, Judge David Herndon postponed litigation indefinitely and urged the parties to attempt to settle the cases.

According to the annual report released by Bayer on February 13, 2012, the company has now settled at least 70 cases. No details or amounts of the settlements were given and the company has not admitted any fault. http://www.annualreport2011.bayer.com/en/bayer-annual-report-2011.pdfx

According to the FDA, millions of women have taken Yaz or Yasmin since their first release in 2001. The agency has issued warnings about possible health concerns after receiving hundreds of reports of injury or death among users. http://www.fda.gov/downloads/Drugs/GuidanceComplianceRegulatoryInformation/EnforcementActivitiesbyFDA/WarningLettersandNoticeofViolationLetterstoPharmaceuticalCompanies/ucm053993.pdf

In 2009, The British Medical Journal published research from Denmark and the Netherlands showing the chemical drospirenone found in drugs like Yaz could be related to an increased risk of blood clots.

In October, 2011, the FDA released a study of more than 800,000 women taking oral contraceptives which showed that those taking drugs like Yaz had a 75% increased risk of developing blood clots. http://www.fda.gov/downloads/Drugs/DrugSafety/UCM277384.pdf

Lawyers are still helping those who have suffered a side effect after taking Yaz learn about their legal rights. However, they caution that time may be limited. YazLawsuitClaim.com contains more information on the lawyers currently settling Yaz cases, FDA warnings, Yaz lawsuits and research related to the drug.