After much anticipation and waiting, 10 Best Design announces the Best Web Design Firms of March 2013. This month’s winners are being awarded for excellence in the overall best design firms category. 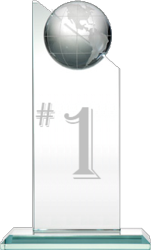 10 Best Design has rapidly been becoming the #1 ranking, reviews, and awards site for the web design industry.

Over the last year, 10 Best Design has rapidly been becoming the #1 ranking, reviews, and awards site for the web design industry. It has helped a vast number of its site visitors find web design companies to service their needs. The 10BD team has now released the winners of the March 2013 Best Design agencies.

The best design company for March 2013 is The Creative Momentum. This firm has achieved this ranking in its second 10 Best Design award. The Creative Momentum is based in Atlanta, Georgia and works with clients in a wide variety of industries. 10 Best Design has acknowledged this agency for exemplary work on sites which showcase modern design and user-friendly functionality.

Coming in second place is Vento Solutions. Vento has actually received three 10 Best Design awards and is known as a consistently high performing web design company. Vento is based in New York City and has an online marketing team in San Francisco. They have worked with entrepreneurs and multi-national companies alike.

Fastspot has been ranked third this month. Based in Baltimore, Maryland, Fastspot has dozens of accolades, from Addys to Webbys to W3 awards. Their team focuses on strategic branding and interactive marketing, and this award recognizes them for the success for their websites.