Step-mom to 8 year old boy in Ft. Lauderdale, Florida helps raise funds and awareness by auctioning off the shaving of her hair on eBay

Not many people would go to such lengths to raise money and awareness for a worthy cause, but a devoted step-mom is doing just that. In this case, the price of beauty is $2,500 to shave her head. ThatÂs the minimum Valerie DeRoy is seeking to raise for FranklinÂs Fan Club.

FranklinÂs Fan Club is named for Franklin Sklar, an 8 yr old boy, who was diagnosed with T-cell Acute Lymphocytic Leukemia in August 2002. After 2 years of intensive treatment and remission, a follow-up test revealed a relapse in July 2004. His only hope for survival was a bone marrow transplant.

In October 2004, Franklin underwent a bone marrow transplant at Duke University Medical Center. Fortunately, his twin sister Sarah was a perfect tissue match and acted as the donor. The prognosis is promising. But, it will be a long road and expenses are high.

FranklinÂs Fan Club was started to help defray expenses not covered by insurance, as well as help others in similar situations. It also seeks to promote the National Bone Marrow Donor registry and increase the number of potential donors. ÂAfter watching the miracles being performed at Duke, we are looking to educate expectant mothers about donating umbilical cords, which are normally discarded after birth, to transplant centers such as Duke,Â Valerie stated recently.

FranklinÂs father, Bryan, shaved his head when Franklin lost his hair. Now, Valerie is seeking to make Âhead-linesÂ with her willingness to go bald making it a true family hair(less) affair Â ÂItÂs hard for me, or any woman, to think about losing her hair Â but after watching Franklin go through his treatments with such courage, dignity and spirit Â it has been one of the easiest decisions for me to make.Â

Sarah and Franklin, Halloween 20022 months after Franklin was diagnosed with leukemia. This picture had been on the cover of Gilda's Club magazine and several publications.

Dad and SonThe Deal: When Franklin started to lose his hair, he caould shave off his father's hair as well. Here is the result. 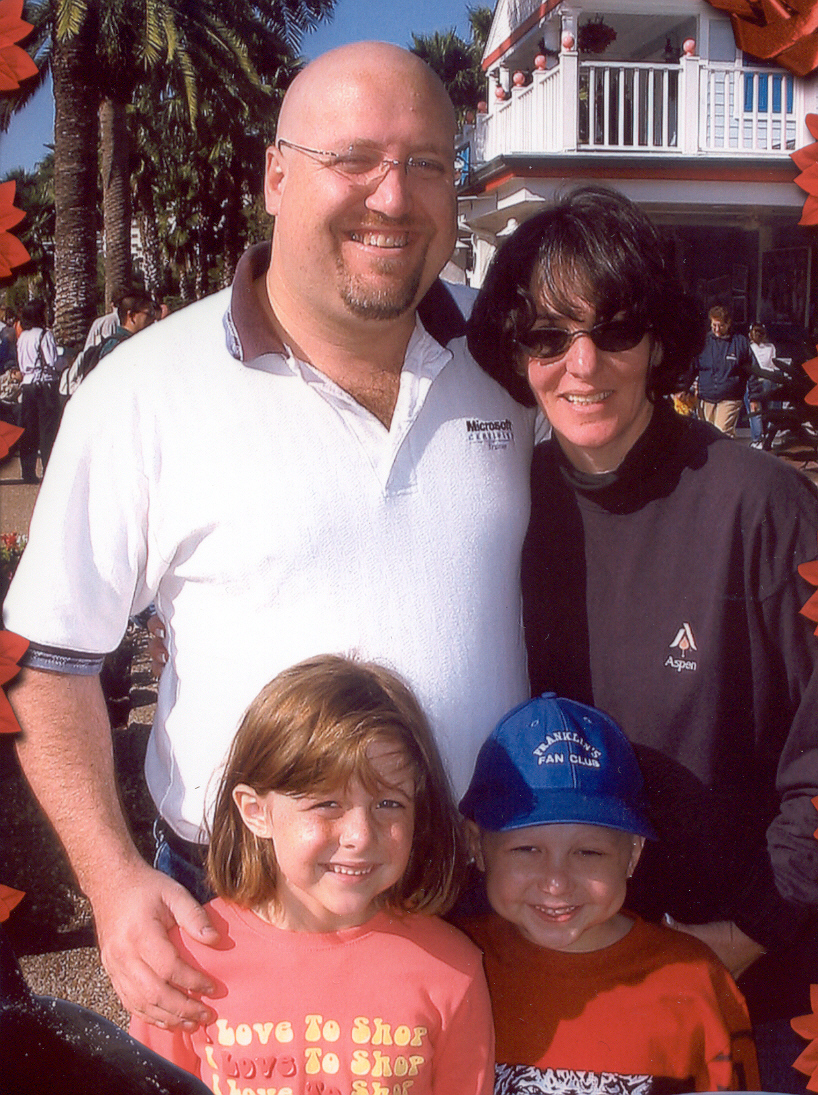