Thomas Floyd is a Gnostic seeking spiritual truth. He is an environmentalist, a peace activist, his music reflecting this with songs like the environmental "Shadow Land" where Tom sings about the abuse of our environment and how we put our inclination toward greed first. And the politically scathing "America" Tom sings about his disgust with the corporate culture and the corporate corruption of American with lyrics that get straight to the point as evident in the chorus where Tom sings "Someone said the devil is on this land they saw him shaken a politicians hand...".

Tom's music takes us on a journey to the core of our own mortality in the soul searching "Angel" and the mystical "Shamans Death" where we struggle with our own egotistical nightmare and then find peace in the smile of a homeless man.

With the song "In The Night" we are cast into a dreamscape vision of war as we ponder how we got there and what it must be like for the children caught up in the fear based reaction of war.

On this album you will also find a the beautiful duet "Jewel Box" where Tom is accompanied by Rhonda Mauer who's beautiful voice appeared on his last album "Lost In The Hardwoods". In the song "jewel box" and "Running Down the Road" we get away from the rock format and move into the realm of folk music where Tom is keeping the music moving with his twelve string acoustic and harmonica solos.

It wouldn't be fair to talk about this Album without talking about the too great musicians who helped make this album happen "Charles Levi" and "Les Sharp". It is interesting because Tom and Chuck have known each other since High school and shared a passion for guitar and rock and roll since the 70s. But it wasn't until years later that Tom and Charles crossed paths again and found that they still share a common bond with music. Through out the album you can hear the stunning guitar work of Charles levi from the crunch in "Shadowland" to the stellar leads in "Land Of Light". Charles seems to intuitively know what Tom is wanting to express and so he is a very big part of the overall sound of this album.

Tom is also proud to introduce drummer Les Sharp. Les is the consummate professional he has endorsed "Gretch Drums", "Paiste Cymbals" and "Aquarian Sticks" he has played in several bands around the Cincinnati Ohio area and is hailed as one of the areas great musicians. During his Days with the bands "Spike" and "CJSS", he has shared the stage with the likes of Black Sabbath and Uriah Heep to name just a few.

Like Charles Levi, Les Sharp is also a big part of the sound and so much so that Tom decided to name the album "Thomas Floyd With Charles Levi And Les Sharp" giving due respect to his admired friends and there musicianship.

Visit Thomas Floyd at http://www.thomasfloydband.com Listen to the entire album in hi-fi mp3 format or download a free copy of the single "Angel" playing now on college, satellite, Internet and indie fm stations around the world. 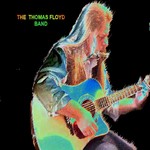 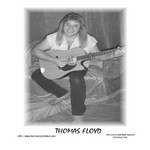 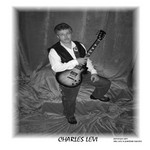 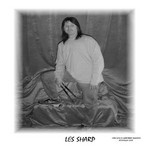 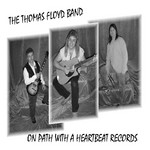 Free mp3 down load of the single" Angel"angel mp3