Judy Julin, the founder and chief executive officer of CosmiKids LLC, the leader in child-enrichment programs, is featured in a soon-to-be-released documentary that is scheduled to be spotlighted on the ABC News program "Good Morning, America" today.

Judy Julin, the founder and chief executive officer of CosmiKids LLC (http://www.cosmikids.org), the leader in child-enrichment programs, is featured in a soon-to-be-released documentary that is scheduled to be spotlighted on the ABC News program "Good Morning, America" today.

The documentary, "The Indigo Evolution" (http://www.theindigoevolution.com), is scheduled to be profiled by "Good Morning, America" co-anchor Diane Sawyer around 8:06 a.m. Eastern and Pacific times today. The film, whose world premiere is set for January 2006, explores the phenomenon of so-called indigo children.

Julin appears in the film as a child-enrichment expert. She speaks about the changing requirements increasingly needed to meet the educational demands of today's children.

"I realized that the educational paradigm is shifting," she says in the film, "and that there needs to be something (different) for the children of today so that they can feel nurtured in a safe and sacred environment" -- an environment in which they can announce and declare, express and fulfill, become and experience who they really are.

Julin's acclaimed CosmiKids curriculum -- part of the CosmiKids child-directed program that will be franchised across the country and around the world in 2006 -- is widely recognized as embodying this new educational paradigm.

Also featured in the documentary is CosmiKids collaborator Sandra Sedgbeer, the publisher and editor of Children of the New Earth (http://www.childrenofthenewearth.com), a monthly online magazine focusing on the physical, emotional, mental and psychological development and well-being of today's children.

She believes it is critical "to give inspiration, information and a voice to the growing international community of teachers, psychologists, doctors, healers and concerned parents" who are already changing the way they feed, nurture, educate and relate to the children of today.

Sedgbeer is also an expert on indigo children. Indigo children purport to have -- and are increasingly recognized by medical doctors, psychologists, educators, religious leaders and other specialists as having -- special psychological and spiritual attributes.

The adjective "indigo" is used because it is claimed these children appear to have an indigo-hued aura, or electromagnetic field, around them.

The "The Indigo Evolution" documentary explores whether indigos are merely the fanciful notions of a few individuals embracing beliefs beyond the physical realm, or if there is real evidence that they truly do exist. More important, it explores what this set of children can mean for humanity. 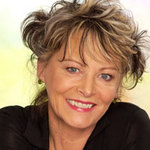