L’Academie de Cuisine, one of the nation’s top ten culinary schools, has announced the winners of the National Competition, held on October 8, 2005 at L’Academie, to determine the members of the USA World Pastry Cup Team for the Coupe du Monde de la Patisserie, to be held in Lyon, France on January 21 and 22, 2007. 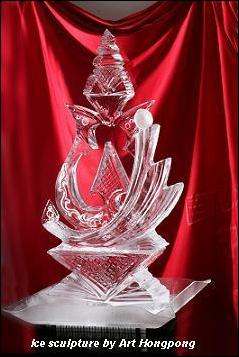 L’Academie de Cuisine, one of the nation’s top ten culinary schools, has announced the members of the USA World Pastry Cup Team for 2007 selected at the National Competition held on October 8, 2005 at L’Academie de Cuisine. Team USA will travel to Lyon, France to compete in the Coupe du Monde de la Patisserie to be held January 21 and 22, 2007.

Selected for the 2007 USA World Pastry Cup Team at the National Competition were:

The World Pastry Cup teams will demonstrate their creativity and technical skills in the making of a chocolate dessert, a fruit and ice cream dessert presented on an ice sculpture base, and a typical plated dessert from their country. They have nine hours to create a world class impression. The pieces will then be marked for their taste and artistic quality by a panel of international judges — one from each participating country.

Created in 1989, the World Pastry Cup is now considered the flagship event in the profession. The competition coincides with the Bocuse d’Or competition. In the gastronomic world, these competitions are the Olympics of culinary achievement and excellence. They are watched closely by chefs and restaurateurs worldwide. The USA World Pastry Cup Team competes every two years at The Coupe du Monde de la Patisserie in Lyon, France.

In 2005, L’Academie de Cuisine was named one of the “Top Ten” culinary schools in the United States and Canada. For over 29 years, L'Academie de Cuisine has been the premier source of talent for fine-dining establishments in the nation’s capital. Founder and Director Francois Dionot created a small, private school where students could learn classic French techniques to become skilled culinary professionals. It has become a nationally known award-winning school that has produced many of the exceptional chefs and pastry chefs in the Washington, DC area and throughout the United States.