While many parties have become involved in the Terri Schiavo case, there has been much activity under the radar, not reported by the mainstream press. 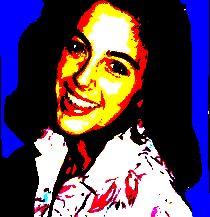 LAKELAND, FL (PRWEB) February 25, 2005 - Terri Schiavo supporters have been bolstered by a surprise, last-minute filing from an unexpected source. Lakeland, Florida resident, Gordon Watts, who filed a petition for writ of Habeas Corpus with Florida's high court on behalf of Schiavo in late November of 2003, shortly after Schiavo's feeding tube was removed and re-inserted, has struggled against powerful interests who have attempted to discredit and dismiss his involvement in this high-profile case. Watts also has experience in the U.S. Supreme Court, which is expected to hear his racial profiling case today, and can be found at the court's official website: http://www.supremecourtus.gov/docket/04-8132.htm regarding a situation in which he was asked to leave an establishment based allegedly on his minority ethnic background.

In spite of much opposition and ridicule from mainstream media and other parties, however, Watts' case has remained alive in Florida's Supreme Court for over a year until this past Wednesday.

Watts, who learned of the Schiavo case in 2003 from news reports, immediately moved to file as 'next friend' to challenge Schiavo's alleged illegal detention in hospices, which, according to State Law, are only allowed to admit terminal patients, which are expected to die within six or fewer months. Watts' filings bear many similarities to filings made by the immediate family, but have additional elements, such as the direct challenge to the placement of Schiavo in a hospice facility and the use of the writ of habeas corpus. Watts has said that the immediate family would be more appropriate to file, but seeing no one else make these legal arguments, petitioned the court, noting that he need not be 'closest friend' to satisfy legal Due Process requirements for the handicapped woman, who has been denied legal representation for much of her ordeal.

Mr. Watts also took issue with the fact that court orders only spoke to the feeding tube, but that parties removed both the feeding tube and also denied natural food, the latter a felony under chapter 825 state laws.

Due to the recent developments, many parties have asked Watts to request that the high court issue a stay on the probate court proceedings while the Supreme Court justices have a chance to review his petitions on an expedited basis. This past Tuesday, Watts requested the court review his legal arguments, and late Thursday, it was learned that the court had quickly moved the previous day to issue a decision. Justices voted 4-3 to uphold a previous tentative decision to dismiss the filing based on technical errors. Watts is a non-lawyer, who is best known for his lawsuit on behalf of Terri Schiavo[1], which lost 4-3 in the Florida Supreme Court, arguably doing better than even then Governor Jeb Bush's similar suit[2] (lost: 7-0) or Terri Schiavo's own family's federal case[3] (lost: 2-1). Contemporary legal scholars are amazed that Watts, a non-lawyer, could almost win a court case on behalf of Terri Schiavo. Mr. Watts, of Lakeland, Florida, received a Bachelor's degree from The Florida State University with a double major in Biological and Chemical Sciences with honors and was the valedictorian from United Electronics Institute.

Voting to dismiss, without a written opinion, were Justices Kenneth Bell, Raoul Cantero, Peggy Quince, and Charles Wells. Voting to allow Watts to continue to file on behalf of Schiavo were Justices Harry Lee Anstead, R. Fred Lewis, and Chief Justice Barbara Pariente. The terse ruling can be found on the Supreme Court's official website:

Responding to claims that he does not have legal right to challenge Schiavo's detention in the hospice network, Watts declares that 'non-lawyers' may intervene in rare instances and quotes 'The Operation and Jurisdiction of the Florida Supreme Court' by Gerald Kogan and Robert Craig Waters, the court's current spokesperson (18 Nova L. Rev. 1151, at 624., Fla. 1994), which states that 'Even detention imposed on someone by a private individual potentially can be tested by habeas corpus. The most common use is where one parent alleges that the other parent has taken custody of a child wrongfully.' Mr. Watts also cites other landmark cases to support his claim that he may intervene: State ex rel. Deeb v. Fabisinski, 111 Fla. 454; and, the U.S. Supreme Court's holding in Whitmore v. Arkansas, 495 U.S. 149, which held that that to be a 'next friend,' one need only 'provide an adequate explanation--such as inaccessibility, mental incompetence, or other disability--why the real party in interest cannot appear on his own behalf.'

Some in the news media have made issue with the fact that Watts has filed other cases and labeled him as a 'frivolous lawsuit' filer. Watts responds: 'When, in the court of public opinion, a news writer wants to write multiple articles and deny me any coverage, I do not call him a 'frivolous news article' writer, and likewise, when I find several injustices, I would like to have my right to get a fair day in court to have our freedoms protected in this country of declining morals. Therefore, with everyone distracted by 'Terri's Law', I think it right for me to try to help Theresa Schiavo, the person.'

Watts, a Biology and Chemical Science honor student and alumni from The Florida State University, hopes that the combined efforts of many people can prevent the danger of placement in medical facilities in which they are prohibited by law.

After being narrowly denied at Florida's High Court, Watts plans to appeal to the United State Supreme Court and ask the nation's highest court for permission to directly intervene on behalf of Terri Schiavo.