"PsychoTherapy Clothing has chosen Stephanie Adams to represent our brand because of her pioneering spirit and outspoken voice”; states company President Keith Knight. Stephanie was the first Playboy Playmate Centerfold to come out of the closet as a lesbian and she is a prominent fixture in the New York City Gay and Lesbian community. She is also an accomplished author, astrologist and painter.

Stephanie was on the cover of last year’s Village Voice gay pride edition and has been featured in and on the cover of various publications including Bazaar, Cosmopolitan, ELLE, She Magazine, Curve, GO NYC, Next, The Weekly News, DIVA, The Advocate, New York Observer, Time Out New York, The Daily News, The New York Post, New York Newsday and many more.

Psycho Therapy Clothing designs fun, sexy, cool and crazy t-shirts that allow people to express to the world their individual obsessions, sexual preference and state of mind. The front of each “Gender Therapy” shirt offers a common gay/lesbian term, while on the back is featured a dictionary style definition. This unique wearable “coming out” therapy enables people to get out of the closet and on to the street--expressing not only their good taste, but also who they are.

Launched in July 2005, Psycho Therapy Clothing is the brainchild of New York based filmmaker Keith Knight. As a member of the Directors Guild of America (DGA), he worked on films with stars like Brad Pitt, Denzel Washington, Steve Martin, Anthony Hopkins, Goldie Hawn, Richard Gere and Winona Ryder. Many of the quirks of these A-list celebrities helped inspire him to form the company.“ At about $20 a shirt I thought this was a more cost-effective way to work out inner demons,” jokes Knight of his collection. “The high price of therapy these days had me thinking that I could help people with their psychological issues and their wardrobes at the same time.” The shirts can also be sent anonymously to people who just don’t get the hint.

The interactive website also features a “Free Advice” section, a photo gallery of the beautiful “Psycho Girls”, and a chance to submit shirt ideas. Next month will feature the launch of new S&M themed shirts as well as a line of custom designed hospital scrubs.

Shirt prices start at $19 and are offered in XS, S, M, L, XL. Each high quality 100% cotton shirt is offered in women’s, men’s and children’s sizes of either the classic T or tank. Psycho Therapy Clothing is cleverly packaged in an oversized prescription bottle making it the perfect gift to give to someone…in person or anonymously.

The collection is available exclusively at http://www.psychotherapyclothing.com and at select stores.

For more information on Stephanie Adams please visit her website at: http://www.GODDESSY.com/ 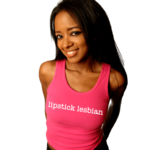