Duke Clarke has cracked the Biblical Code of Wealth and Prosperity. New revelations demonstrate why despite their guilty feelings, wealthy Christians had it right all along. 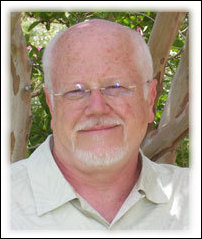 I had years of financially repressive teaching and incorrect beliefs that I had to change.

Duke Clarke is a Christian minister with very different views. Raised in the Bible Belt of North Carolina, Clarke just accepted everything he was told about God, the Bible and religion. Then in 1970 he thought he had found a new message among the Jesus movement and the radical religious groups of that time but careful study of the bible revealed something totally different. In fact, unlike the Da Vinci Code, Duke discovered that God reveals truths in the Bible in a very specific way.

In his new book “The Way of Prosperity: The 7 Stages of the Prosperous Mind” (http://www.thewayofprosperity.com), Clarke presents the concept that God has set up Laws, both biblical and universal, to help all people prosper spiritually and financially. Through the story he exposes a process that anyone can follow to be financially successful while having a rich spiritual connection with God.

“Yes, I tell people that God wants them to be selfish and while that shocks many people, it comes directly from the bible,” Clarke confirms. “In both the Old Testament and the New Testament God says ‘Take heed unto thyself’. Most people consider this selfish, but how can I enjoy this life or have anything to offer someone else if I don’t take heed to myself first? I also teach that He wants us to be happy and prosperous IN THIS LIFE—and not just after we get to heaven.” Clarke continues, “It seems like a cruel joke to ask people to come to God in order to enjoy peace, victory and a wonderful life and then once they accept, you tell them that’s all in heaven. But for now, your life will be filled with trails and suffering—what kind of message is that?”

The 70’s was a time of the “Jesus People” and religious groups that broke away from the main stream. It was a time when college students like Clarke were willing to stand up to the status quo and ask “Is this all there is? There has to be more to life than just accepting what my parents believed!” For the next 17 years Clarke worked as an ordained minister inside a Christian organization until there was a power struggle and split which resulted in the end of his relationship with the organization.

“One day the group that had employed me for 17 years came to reclaim all their parsonage furniture. I sat on the living room floor that night alone, wondering what was ahead. I was 39 years old with a wife and 3 young children. I had about $1,000 dollars in the bank and a 10 year old car,” Clarke remembers. “My rent was $1300 a month at the time, so I figured we were about 3 weeks from being homeless. In case you haven’t looked lately there aren’t a lot of jobs for ex-ministers whose church doesn’t want him.”

“I went to work immediately to provide for my family and God did some wonderful things for us in those days,” Clarke recounts. “There at the bottom I realized two things. First I was not going to give up on God; I knew that there was information in the Bible that would show me what to do if I could figure it out. The second thing I realized was that I had to get rid of a lot of wrong thinking and wrong teaching, clear my mind and start all over.”

And start over he did. Clarke spent the next ten years carefully studying and dissecting the bible and its teachings. What he discovered was not only life altering but caused his faith to be redoubled. Clarke then spent the next 10 years applying and proving the principles he’d discovered.

Now, almost 20 years later Clarke’s income is almost 10 times what it was when he was left sitting on the living room floor and continues to grow each year. He and his wife have one son who has graduated from college and is doing extremely well in the corporate world and another son who just started college. “When my oldest son started college,” Clarke remembers “we were just getting on our feet and that meant loans and a lot of work. But now when my youngest son’s tuition was due it was only a matter of writing a check.”

“None of this happened over night,” Clarke states. “I had years of financially repressive teaching and incorrect beliefs that I had to change. “You can take no external action until you’ve first taken it in your mind and my mind was a mess. Think about all the automatic actions you take, breathing, walking, and blinking. Your life is automatic based on your education and beliefs, and I needed new beliefs in order to prosper” Clarke continues.

“Most churches have furthered unhealthy beliefs about wealth and Christianity which has resulted in great confusion and guilt.” Clarke has discovered that while there are many wealthy Christians, most of them are made to feel guilty about their position by the churches they attend and support. “It is time that all Christians finally understand what God really intended for them financially here on earth. You should happily reap the benefit of your rewards now as well as in heaven,” declares Clarke.

“It took me almost ten years to dig my way out of unhealthy beliefs and start on a new road. Today I teach people how to do that in months not years. What I live by and what I teach today is the practical application of God’s Laws both biblical and universal for personal and professional success. I don’t teach religion, dogmas, warm and fuzzy feelings or theory. Your personal relationship with God is your business. I teach God’s Laws that work, Laws that I have applied in my own life that get results now. The most important thing I discovered is that you don’t even have to be a Christian or even have a belief in God for the laws to work. They work because God loves everyone unconditionally and applies his laws to everyone equally.”

Clarke’s book is for anyone who desires to live abundantly but fears that it will corrupt their spiritual life. It reveals the truth about wealth and abundance for those who simply want to reach their full potential in the most ethical and moral way.

Duke Clarke is a teacher who has cracked the bible’s wealth codes. He shares his insights with those who want to live both a spiritual and abundant life here on earth. He is the author of The Way of Prosperity: The 7 Stages of The Prosperous Mind. For more information visit http://www.thewayofprosperity.com or call Duke at 520-579-9792.