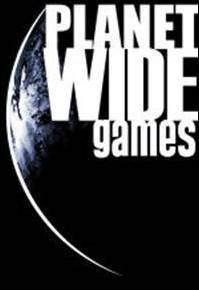 We are pleased to have executed the definitive agreement with SP Holding Corp. We believe that merging with an SEC reporting company whose shares trade on the OTC bulletin board helps position us for future growth and building value for our stockholders.

Planetwide Games, Inc., an innovative provider of branded online video games and proprietary game application software, announced today the execution of a definitive merger agreement with SP Holding Corp. (OTCBB:SPHG.OB - News). The merger is expected to close on or before April 15, 2006.

The merger is expected to be tax-free to the stockholders of both companies, is subject to standard closing conditions, and Planetwide Games having a minimum of $5 million in cash at closing.

”SP Holding Corp. is pleased to have executed the definitive agreement with Planetwide Games. Upon closing, stockholders will have ownership in a company that is very well positioned to capitalize on the growth in the worldwide online video game market. Today marks an important step in securing lasting stockholder value,” said Mark Schaftlein, SP Holding Corporation's Chief Executive Officer.

Planetwide Games' CFO, Tom Schiff concluded, “We are pleased to have executed the definitive agreement with SP Holding Corp. We believe that merging with an SEC reporting company whose shares trade on the OTC bulletin board helps position us for future growth and building value for our stockholders.”

Please refer to the form 8-K to be filed by SP Holding Corp. for complete details regarding the definitive merger agreement.

SP Holding Corp. is a development stage enterprise due to the sale of its operating assets on December 10, 2003. Since that time, the company has been exploring business opportunities to maximize its stockholder value through a merger, acquisition or similar business combination.

Based in Orange County, CA, Planetwide Games, Inc. has established itself as a provider of innovative video games, proprietary online technology and software applications. The Company's games and applications easily integrate with internet portals, major game publishers and developers, or can be sold separately through digital downloads and retail box sales. By providing an enhanced game playing experience with name-brand awareness and ease-of-use, Planetwide Games is creating stronger online communities for internet portals, game publishers, and developers. Planetwide Games' Comic Book Creator(TM) is a new and innovative self-publishing software program that empowers users to create custom comic books using their own imaginations and digital images, then publish their story for friends online or in print. Planetwide Games also has 3D game engine software to develop branded titles, and a library of casual games called Pixel Poppers(TM). The Pixel Popper library contains challenging games of strategy, trivia, sports and card games that can be downloaded to customers, major portals and social communities. Visit http://www.PlanetwideGames.com, http://www.MyComicBookCreator.com and http://www.ComicBookSociety.net.

SP Holdings Corp. anticipates filing with the Securities and Exchange Commission (SEC) information and documents concerning the merger and the respective businesses of SP Holding Corp. and Planetwide Games, Inc. WE URGE INVESTORS TO REVIEW THE INFORMATION TO BE FILED WITH THE SEC BECAUSE THEY WILL CONTAIN IMPORTANT INFORMATION ABOUT THE MERGER. These documents will be available without charge on the SEC's web site at http://www.sec.gov and may be obtained without charge from the SEC at telephone number 800-SEC-0330. INVESTORS SHOULD READ THE IMPORTANT INFORMATION BEFORE MAKING ANY INVESTMENT DECISIONS. The officers and directors of SP Holding and Planetwide Games may have interests in the merger, some of which may differ from, or may be in addition to, those of the stockholders of SP Holding and Planetwide Games generally. A description of the interests that the officers and directors of the companies have in the merger will be available in the information and documents filed with the SEC.

With the exception of historical information, matters discussed in this news release, including, in particular, statements to the effect that the planned merger will close, that Planetwide will have $5 million in cash at closing, that stockholder value will be created, that stockholders will have the future opportunity to participate in video game and interactive entertainment markets, that the video game market will continue to grow and the planned merger being tax-free are forward-looking statements involving a number of risks and uncertainties and may not be achieved due to factors beyond our control. Actual results could differ materially from those contemplated by the forward-looking statements. Factors that could cause actual results to differ include the possibility that the merger may not close, the failure of the combined company to retain key employees, the failure of the combined company to manage the cost of integrating the businesses and assets of SP Holding and Planetwide, general economic conditions and their affect on consumer spending, the combined company's inability to sufficiently anticipate market needs and develop products, increased competition, changing customer demands, changing customer tastes, market acceptance of combined company products and higher than anticipated expenses the combined company may incur in future quarters. Other risks inherent in the Company's business include those factors contained in the "Risk Factors" section of SP Holding Corp.’s Form 10-KSB/A for the fiscal year ended December 31, 2004 and Form 10-QSB for the quarter ended September 30, 2005 (available on EDGAR or for free at http://www.sec.gov). SP Holding Corp undertakes no obligation to revise or update any forward-looking statements to reflect events or circumstances after the date of this release.