Ray IM offers private one-on-one conversations for site members. Ray IM includes all features of Ray chat and can be easily called for from general chat rooms. When integrated separately calling of Ray IM requires one single click to start tête-à-tête conversation with any online member. Receiver gets a window asking to accept IM conversation or decline. This allows site members to have personal conversations only with members they want.

BoonEx Group plans to release Ray Recorder soon as well. This will offer ability to record audio and video messages for site members. Profile owners can record up to three messages and post them for their friends, other members and visitors to listen and watch. A/V message authors can name each file with unique name. This differs much from UP webrecorder that offers only one file to record and file name is given by script only.

Ray is based on Ray Multimedia Server, alternative of Flash Media Server, which was developed specifically for Ray and handles server part much better than Flash Media Server. This empowers Ray Web Multimedia Software to offer billing plans with much less expenses for end users. Premium plan now makes you pay nothing for connections or load-dependent access. You pay only for Ray license (198USD flat fee), which comes with unlimited simultaneous connections. Each license is offered per one domain/database or per network for intranet applications of Ray Multimedia Software.

"Now, one does not have to pay 5000USD for Flash server or for monthly connections fees, you have your own server and application, both for 198USD one time flat fee", says BoonEx Group general director, Andrey Sivtsov.

Focus of BoonEx Group on open source principles made it possible for Ray to offer customized templates of both chat, IM and recorder unlike one standard template used by all Userplane clients. In addition, this defined main clients of Ray as willing to integrate their dating websites, forum communities and weblogs with Ray application and not willing to pay that much to Userplane. Ray is already integrated with such popular online scripts as aeDating, SkyDatePro, Dolphin and Shark. Such communities as 4ppl.com, 0dating.com were enjoying this product even before it was released for wider public. Ray adds life and online experience to a website. Now site owners can provide their members with Userplane alternative chat, IM and audio/video profile features.

Ray web multimedia software comes with new approach to support - BoonEx Club. This is not simply a place where support is offered. BoonEx Club is a community of professionals that include both supporters from BoonEx Team and experts in various online business fields such as website promotion, programming, web design and others. Community creates collaborative technical documentation, participates in discussion boards with tips and hints, develops additional Ray modules, language files, plugins and design templates. All these services make BoonEx Club membership a must have for serious users of Ray Web Multimedia Software.

BoonEx Group http://www.boonex.com was founded on 15th of December 2004. It was initially organized from group of smaller companies and new attracted professionals with experience

in software development, web-promotion, marketing, and management. BoonEx group is gradually implementing a long-term plan of company development on the market of Information Technologies. BoonEx Group runs several commercial websites and serves customers from all over the world. BoonEx Group has over 50 full-time employees, all with great professional background, education and experience. Currently BoonEx Group announced four software - Ray, Shark, Barracuda and Dolphin. 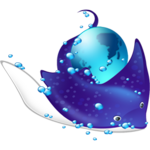