Ice Cube hosts his first mixtape as part of the Listen N Learn mixtape series, which utilizes the influence of hip-hop to educate youth on the impact of Black-on-Black Crime. The mixtape includes new, exclusive music that can be downloaded as ringtones to your cell phone. Mixtape also features songs Cube's "Laugh Now Cry Later" album. Portion of the earnings from ringtones will be donated to support Darfur, Sudan crisis.

Ice Cube continues to push the envelope as the host of “Niggaz With Gunz”, the fourth installment of executive producer Mike Johns’ “Listen N Learn” mixtape series. The new mixtape pays tribute to controversial Civil Rights leader, who authored the book “Negroes With Guns”, which was published in 1962. Williams (1925-1996) is best known for his militant leadership of the Civil Rights Movement in the South, where he urged Blacks to arm themselves in the name of self-defense against the Ku Klux Klan. Williams refused to be bound by the doctrine of non-violence and formed a path to end Jim Crow segregation.

“Niggaz With Gunz” is the first mixtape Ice Cube has ever hosted and features new and exclusive remixed music from his “Laugh Now Cry Later” album, set to be released on June 6, 2006. Ice Cube has courted controversy since his days with the notorious rap group NWA, and continues to take no prisoners on the mixtape with remixes of “Why We Thugs”, featuring new artist Black Rose from Chicago, and “Chrome & Paint”, with newcomer LA producer Tommy Gunz. In addition, the mixtape debuts exclusive, original music made available as ringtones from three unsigned emerging artists – Swing from Chicago, Illinois; Spade Ripper from St. Louis, Missouri; Choir Boy of Newark, New Jersey, and motivational speaker Mac McGee from Chicago. “Niggaz With Gunz” also includes compelling music from Tupac, Mobb Deep, & Baby Sham’s “Ghetto Stories”, detailing the plague of guns and violence affecting Black communities around the world.

“Today’s generation does not want to be preached to -- hip-hop used correctly is a good method to educate our youth,” says Mike Johns, executive producer. Gun violence is a steady problem in the Black community, and Ice Cube urges listeners to “put the gun away and use your brain”. In a celebration of Black Music Month in June, UrbanWorld Wireless will be the first to debut the mixtape on its website http://www.urbanworldwireless.com, before it ultimately hits the streets on May 22, 2006. UrbanWorld sees this as an opportunity to help eradicate violence against Blacks, not only in the US, but in Jamaica and beyond. The company will donate a portion of the ringtone revenue generated from the mixtape to support the Darfur region of Sudan, in Northern Africa, which due to the extensive violence, rape and killings has been named the first genocide of the 21st century.

The “Listen N Learn” mixtape series is centered on educational messages that promote social consciousness and focus on compelling issues within the Black community, including Black-on-Black crime within the US and abroad, including Jamaica and Africa, the impact of Hurricane Katrina, and other thought provoking topics. Created and executive produced by Mike Johns, the series leverages the power and influence of hip-hop music to educate today’s youth. The first two volumes of the series were hosted by Talib Kweli and Ray Benzino, respectively, while the third volume, “When Disaster Strikes: Tribute to Hurricane Katrina,” was narrated with excerpts from the infamous Malcolm X speech “The Ballot or the Bullet”. Look for the “Listen N Learn” mixtape series to continue to push the limits and create meaningful dialogue within the hip-hop community and beyond. 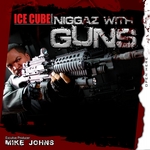