Medications such as Prednisolone, Prednisone and Dexamethasone are used to treat a variety of disorders, but unfortunatey due to bitter taste, are very difficult for young patients to swallow. To combat this, FLAVORx Inc, the flavoring specialists for prescription and over-the-counter medications, has developed a proven and successful formulation to convert corticosteroid medications into palatable liquids. 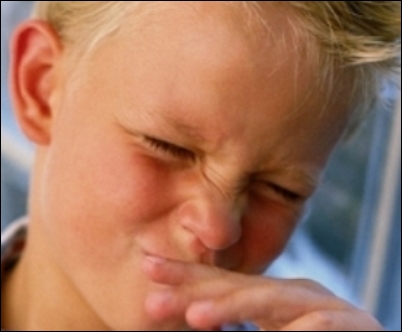 FLAVORx, Inc, the industry expert in medicinal flavoring, has developed a unique formulation to combat the extremely bitter and acrid taste of corticosteroid medications. Prednisolone, the most common generic form of corticosteroid, can be used to remedy the symptoms of a myriad of disorders. Its strong anti-inflammatory effects can be used to treat allergic reactions, breathing disorders such as asthma and COPD (Chronic Obstructive Pulmonary Disease), skin conditions, digestive problems, arthritis, adrenal gland problems, cancer, blood disorders, eye diseases and multiple sclerosis by decreasing swelling and reducing activity of the immune system. For children and those who have difficulty swallowing tablets, prednisolone is available in an oral liquid. Unfortunately, the extremely unpalatable taste of this multi-functional medication leads to extremely poor medicinal compliance, which can result in additional complication from improper dosing and non-adherence.

In children especially, the bitter taste of corticosteroid drugs can be enough to warrant refusal of the medication and in some cases involuntary vomiting, when the drug is simply too unpleasant to a young palate. In extreme cases children that require these medications daily have been found to become nauseous several hours before having to take them just from psychological anticipation. Studies have shown that upwards of 20% of children (aged 2-10) experience vomiting after ingesting oral prednisolone. Frequent or repeated vomiting can lead to much more severe complications beyond just the sheer horrendous experience. More importantly, when a child spits up a medication, there is no certainty as to how much medication has actually been ingested. The concern thus arises for parents, guardians and healthcare practitioners as to whether another dose should be administered, or if in fact, a child would actually be given too much medication.

In addition, commonly when children refuse or have severe difficulty swallowing medication, they fail to finish a complete drug regimen. Parents may feel that the effort required and strain on the child simply does not outweigh the drug's benefits. In the case of all medications, non-compliance such as this can lead to persistent symptoms, and specifically in the case of prednisolone, abruptly stopping the medication can cause corticosteroid insufficiency accompanied by nausea, vomiting, and even shock.

FLAVORx's unique formulation to negate the bitterness of corticosteroid medications has been taste-approved and stability-tested to ensure a much more pleasant experience while still maintaining the complete efficacy of the drug. In addition, to date, FLAVORx has reported no incidence of vomiting after ingesting prednisolone flavored with its unique formulation from patients. Combined with proprietary materials such as the FLAVORx Bitterness Suppressor and Sweetening Enhancer, flavors such as FLAVORx's Sour Apple, Raspberry and Grape, successfully mask the bitter flavor of all oral corticosteroids such as prednisolone and dexamethasone. Other more palatable corticosteroids such as trade name Orapred® are commonly more favorable to children, however, can be quite costly. While on average, having a generic medication flavored by the pharmacy using the FLAVORx system costs only $1.88 to $3.00.

To date, FLAVORx has successfully flavored over 52 million prescriptions without any incidence of complication, decrease in efficacy or allergic reaction.

Prednisolone flavored by FLAVORx can be virtually bitterness free